Westpac chief economist Bill Evans believes the RBA is still on course to cut the cash rate in May. In a research note released last week, Mr Evans said we have now passed the last three significant milestones for insight into the Reserve Bank board decision on 5 May.

“From our perspective the case for a cut in May remains strong and we continue to expect the bank to finally deliver on the second leg of the 50 basis points of cuts in early 2015 we forecast back on 4 December last year,” he said.

Mr Evans said the decision not to cut rates at the April board meeting demonstrated a need for more time and data to assess whether the economy was on the “previously forecast path”.

“It seems that even the ‘previously forecast path’ would be sufficient to justify another rate cut,” he said.

“Forecasts are revised in the Statement of Monetary Policy which will print on 8 May, three days after the board meeting.

Mr Evans noted that in formulating the forecasts for the February statement, the RBA assumed market pricing, which implied a follow-up cut by May.

“Not delivering the assumed cut and lowering the growth forecast would be internally consistent but hardly a likely policy option for a bank that appears comfortable about the inflation outlook but concerned about below-trend growth,” he said.

Mr Evans also noted the plea for a lower Australian dollar, which was emphasised in the minutes.

“This should be a clear signal that jawboning the AUD is unsuccessful if interest rates are not adjusted accordingly.”

If the board decides to cut the cash rate, Mr Evans said it will be “patient” before it decides whether even more cuts are necessary.

“That decision will hinge on whether it feels that it can maintain a forecast of 3.0 per cent to 3.25 per cent growth for 2016 – that will not be clear until the fourth quarter of this year,” he said.

“For now, we are comfortable to stick with our own forecast of 3 per cent growth in 2016 and a flat rate profile after May; however, this view will be well tested over the course of the second half of 2015.” 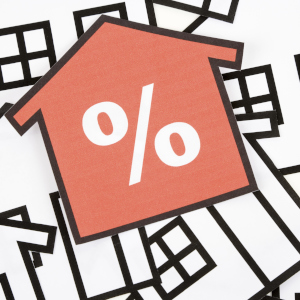