Liberal, Labor and Greens parliamentarians have joined forces to call for an end to stamp duty. “The committee believes stamp duties are an inefficient, productivity-damaging form of taxation which ultimately increase barriers to home ownership,” the report said.

Multiple inquiries have found that stamp duties undermine housing affordability, distort housing choices and reduce the efficiency of land use, according to the report.

It also noted that stamp duties reduce people’s flexibility around their housing options, which in turns reduces labour mobility and hurts economic productivity.

The committee noted that stamp duties represent a significant source of revenue for the states and thus should be replaced by “more efficient forms of taxation”, such as broader land taxes.

It was acknowledged that such a transition would have a negative impact on asset-rich, income-poor households and retirees.

However, the committee said governments could offset this damage by providing exemptions for owner-occupiers who would be unfairly affected by a broadening of the tax.

“Meaningful reform is difficult, but it is no less important for being so,” the report said.

“The committee believes that if the will exists, it will be possible to phase out stamp duties in a way that is revenue neutral, equitable and has a positive impact on housing affordability.”

Although stamp duties and land taxes are state issues, the federal government needs to lead the process of coordinated reform, according to the report.

“This engagement would be based on a recognition that the implementation of such reforms should ideally take place as part of a broader process of taxation reform, possibly in response to the [forthcoming] tax White Paper.”

The committee consisted of seven Labor MPs, five from the Coalition, two from the Greens and two independents. 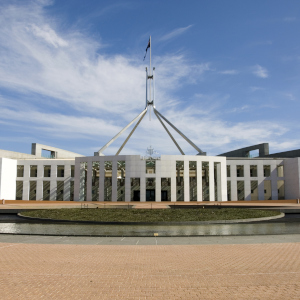