Investors are being told to keep a close eye on the market in coming weeks – with even more lenders announcing changes to their serviceability and borrowing requirements for investors as regulators try to reign in investor activity. Earlier this week, Smart Property Investment reported that Bankwest had put the brakes on investor lending and would be implementing a maximum loan-to-value ratio (LVR) of 80 per cent for investment loans. The bank also announced it would no longer offer special pricing on its Complete Variable product for any loan that has investment as its primary purpose.

Westpac has also removed negative gearing benefits from its servicing calculator – meaning the tax incentive will no longer be factored into investors’ serviceability calculations, according to Nicole Cannon from Pink Finance.

Since then it has come to light that other measures are being implemented by some of Australia’s biggest banks.

In addition, Kieran Evans, head of third party relationship channels at ANZ, contacted brokers via email and said the bank was implementing measures to ensure its portfolio grew in a balanced way.

“As a result, we will be introducing a range of changes to how we manage investor lending effective immediately,” the email said.

Smart Property Investment understands that the bank will no longer offer discounted interest rates to new property investors who do not already have their principal place of residence mortgaged with the bank.

NAB, too, is reducing the discounts offered to new investor borrowers.

Speaking to Smart Property Investment, SQM Research managing director Louis Christopher said it’s difficult to say what impact these moves will have on the market, but there was one group of investors who would likely feel the squeeze.

“The impact upon the investor market will be fairly modest at this stage. It’s mainly going to affect investors who were right on the line, right on the threshold of whether they were actually going to get a loan or not – and that’s only a relatively small segment of the market in the scheme of things,” he said.

“It’s designed to take some of the weaker investors out of the market and it will do that, so there will be some impact upon demand. Should investors be worried about a major slowdown? Well, it depends on which city we’re discussing.”

Mr Christopher remained optimistic about the outlook for the Sydney property market and said he doesn’t think the measures introduced by the banks “will be enough to actually kill off the Sydney housing boom”.

Todd Hunter, director and location researcher for wHeregroup, took a slightly gloomier view and said the measures, combined with other market factors, will slow down the Sydney market and sting certain investors.

“It will take a little while for people to lose money. We’ll see a flattening out before we see a decrease [in property prices].

“But the real people who should be worried are those who purchased off-the-plan and have a 10 per cent deposit on properties that won’t be completed for another year or two. I think we’re going to see some pretty significant valuation shortfalls that occur on those properties.”

Mr Hunter said these investors may find they fall into negative equity “in relation to the valuation”, which will mean they’ll have to come up with a bigger deposit or forfeit the sale.

Both Mr Hunter and Mr Christopher advised investors to keep a close eye on the market in coming weeks, with Mr Christopher pointing to auction clearance rates as a key indicators of whether the measures were having the desired effect.

“Watching auction clearance rates over the next two or three weekends will be most interesting. If there has been an impact we’ll see it through the Sydney clearance rate and to a lesser extent the Melbourne clearance rate.

“Sydney’s clearance rate has been at record highs over the past five weeks – as high as I’ve ever seen it since records began in the mid-1980s. So time will tell.”

Mr Christopher noted it was “interesting” that none of the banks appeared to be making geo-targeted policy changes and were instead implementing them Australia-wide.

Closing refers to the final step of a sale in which the deal for the property is finalised, the fees and downpayments are paid, and property documents and contracts are signed.

Closing refers to the final step of a sale in which the deal for the property is finalised, the fees and downpayments are paid, and property documents and contracts are signed.

Closing refers to the final step of a sale in which the deal for the property is finalized, the fees and downpayments are paid, and property documents and contracts are signed. 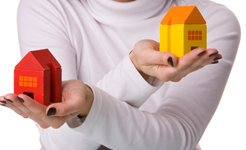