New research has revealed which crimes most adversely affect property values, with six suburbs in particular highlighted for the changes they’ve experienced. Middle-value suburbs, such as GrangeGrange, QLD Grange, SA and Greenslopes, he said, suffer when rates of theft and unlawful entry spike.

The findings come on the back of a decade of research where Professor Eves analysed a range of personal and property crime statistics for 10 low-, 10 middle- and 10 high-value suburbs in inner, middle ring and outer Brisbane, and compared them with median property prices, sales and listings.

“The analysis showed a link between changes in crime rates and house prices, especially in low- and higher-value residential property markets, with the greatest impact in the lower-value areas,” Professor Eves said.

“Crime rates and the types of crime vary according to the location of the suburb. Crime is higher in the outer low-value suburbs and the CBD fringe suburbs, where personal crimes such as assault, robbery and drug offences are higher.

“Personal crime does not have the same impact in the middle-value suburbs of Brisbane, where property crimes appear to have a greater effect on prices.

“In the inner-city’s high-value and middle-value suburbs, however, property damage and unlawful entry are of greater concern.”

Professor Eves said previous studies had focused on how positive attributes such as schools, transport and views affect residential property prices – with negative studies tending to home in on air pollution and aircraft and vehicle noise.

“Research on the impact of crime on property markets has also been ongoing, but not as extensive as that on other property attributes.

“However such research is likely to increase because social media, 24-hour media coverage of news has brought a general increase in the awareness of reporting and data associated with personal and property crime in particular locations.

“Queensland Police Service set up a website in 2012 that identifies total reported crime, crime type and details of whether they were solves at a general street location level, with the data able to be aggregated on a suburb and police region basis.” 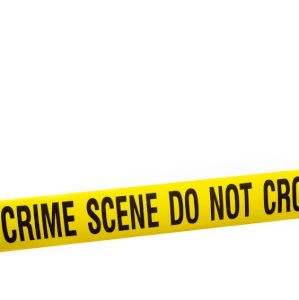