Investors should expect further increases to mortgage rates in the near future, with a leading market analyst predicting that the banks are set to continue passing on the cost of stricter regulatory guidelines due to persistent growth in house prices. “That means the prices of mortgages will continue to rise irrespective of what happens to interest rates.

"We are in a circle where bigger house prices allow bigger loans to be made, which allows the banks to make more loans and require more capital, like a black hole sucking everything in."

At the end of June, APRA released a temporary directive for ANZ, CBA, NAB, Westpac and Macquarie Bank to increase the amount of capital required for their residential mortgage exposures, meaning they will have to retain billions of dollars that would otherwise have gone out in home loans.

Interest rate hikes on investor home loans came into effect last week with three of the four major banks charging higher rates. NAB raised its interest-only loans by 29 basis points while CBA and ANZ both added 0.27 per cent to their investor loans.

The repricing has been viewed as a response to APRA’s crackdown on credit growth in the investor segment and the need for increased capital.

"Given the momentum in the housing market, it is not clear that the lift in lending rates to investors that has occurred so far will have a significant impact on investor interest in the market,” Mr Bloxham said.

“Further increases in lending rates or a genuine change in direction by the central bank may be required to take the exuberance out of the Sydney and Melbourne housing markets."

“The only thing that will dampen demand is a one or two per cent rise in the official cash rate. Or some other external shock,” he said. 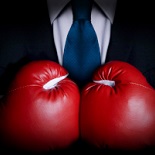 Why should you get a real estate agent to manage your property?