The official cash rate is widely tipped to remain on hold ahead of the Reserve Bank of Australia’s board meeting this afternoon. The official cash rate will remain on hold today, according to the predictions of all six of Smart Property Investment’s investment commentators.

Cate Bakos, principal of Cate Bakos Property, believes that investment and employment figures remain too low to warrant any upwards shift in the cash rate.

Even though trading conditions have taken a blow in recent weeks, Liz Sterzel, managing director of Property Wizards, believes that events in China are not significant enough to move rates down.

“A cut in rates due to Australian stock market volatility, poor company profits and China’s economic and stock market trouble is doubtful, as the RBA is more likely to watch how these scenarios develop into the future.

“Easing to put pressure on the dollar is unlikely as other forces have combined to take the dollar down to 71 cents, which is advantageous to the economy and exports. Inflation is under control, growth is mediocre but not different from expected. The devaluation of the yuan is a risk for exports, but the low Aussie dollar helps.”

Property academic and author, Peter Koulizos, believes that a lack of supporting data is what is preventing the RBA from dropping rates this month.

“In my opinion, rates will remain unchanged tomorrow. I think rates will drop again soon but the RBA doesn't have enough data to date to support a drop in rates tomorrow,” he said yesterday.

Alan Fox, principal of buyer’s agency Propertunity, believes that the recent changes to investor lending have removed any onus on the RBA to move rates upwards.

“APRA’s actions have already caused the big four banks and Macquarie to raise interest rates on investor loans, so APRA has done their job for them. They’ll be adopting a wait and see approach in my view.

“The RBA will probably also want to see what impact the Chinese share-market meltdown will have, along with our own Australian share-market’s recent loss of all the gains made since the GFC,” he said.

Jonathan Preston is a property investor who has worked in the finance industry for 10 years. He believes that the RBA is trying to hold off on any further rate cuts for as long as possible.

“I believe that the RBA only has a few bullets left [two 25 basis point cuts maximum], so they are holding off as long as possible. While there is a small chance, they don't want to appear helpless, which would be largely the case if they were to utilise both cuts in the near future, so I think they are keeping them as a last resort. With that said, if economic conditions continue to head in such a negative direction, it is likely they will cut the rates at least once more over the coming three to six months,” he said.

Investor Julian Lancey explained that the strongest indication that rates will stay on hold is the betting odds.

“What will happen today? Rates will be left on hold. I know this as a certainty. And how do I know this? Because of the punters!” he said.

“If you look the betting odds rates, RBA rates to be left on hold are at 1.04 – this is to say if you put a bet on of $100, you will only win $4. [There’s] nothing in it. No need to read long articles written by people in suits dropping big words to make them feel better about themselves – check out what the punters' odds are. They're on hold today and they'll be on hold for a while longer.” 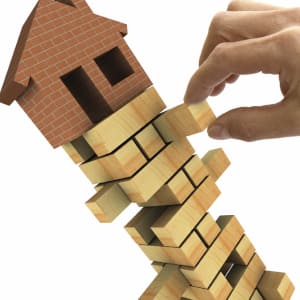