Buying a bargain from the bank

Mortgagee sales can be a prime opportunity for investors to buy into high-growth markets at a steep discount, but there are also dangers associated with targeting these properties without preliminary research. According to director of Crawford Realty Ryan Crawford, when a homeowner stops making mortgage payments, the bank or lender has the power to take possession of that property.

“The banks are forced to repossess these homes and sell them to recoup what losses they can,” he explains.

The bank or lender, known as the ‘mortgagee’, will issue notices demanding payment of the outstanding amount, explains Propertybuyer managing director Rich Harvey.

“If you fail to make good those payments, then the bank may eventually take possession of your property,” he says.

John Kovacs is the director of NMD Data, a website that lists mortgagee sales in PerthPerth, TAS Perth, WA, Sydney, and other major parts of Australia. He says, once the bank is awarded control by the Supreme Court, the property will usually be listed for sale with a local agent.

He says, once the bank is awarded control by the Supreme Court, the property will usually be listed for sale with a local agent.

Each state has different laws regulating the transfer of land. In both Victoria and New South Wales, for example, the lender or bank that has repossessed houses and other properties can sell them.

However, the bank will almost always choose to auction properties off in order to keep the process as fair as possible for all parties involved, Mr Harvey believes.

“The lender would never want to have a situation where it's seen to be putting a client into a corner,” he says.

“They like to make it a public auction where it's a fair, open and transparent process and there's open bidding.”

Mr Kovacs says banks have a legal obligation to act in a fair and reasonable manner towards the original owners of the property. The public auction is an attempt by the bank to limit the possibility of being taken to court.

Even at an auction, however, the mortgagee could potentially be penalised for setting the reserve price at an unreasonable level.

In one case in Victoria, a six-bedroom home in Braybrook valued at $630,000 was auctioned off for just $1,000. The property had been seized by the sheriff after the owner defaulted on a debt. When the case came before the Supreme Court, the sale was overturned.

However, this type of incident is relatively rare, Mr Kovacs says.

“I've been in this industry now for the past eight years and I personally haven't heard of any shonky dealings,” he says.

Mr Harvey agrees, saying agents who act unethically are unlikely to last long in the industry.

From the buyer’s perspective, purchasing a repossessed property works in the same way as any other property sale. Mr Crawford says the only major variation tends to be on the terms in the sales contract. Buyers may find they have less rights or flexibility than under normal circumstances.

“The main difference will be the conditions of the sale, and prospective buyers should familiarise themselves with these prior to bidding,” Mr Crawford says.

In some cases, he explains, banks selling repossessed houses may remove certain rights buyers have under a standard contract, such as the builder’s guarantee.

Mr Harvey suggests buyers may also be required to put down a minimum deposit of 10 per cent and the settlement date is often pushed out as far as 42 days.

“Another condition of the sale will be that there's no negotiation on the terms of the sale,” he says.

Mr Crawford reminds investors that every contract is different and should be carefully considered.

“The rights a buyer may or may not have will depend on the bank's own conditions, so legal advice should be sought when considering a mortgagee sale,” he says.

While mortgagees have a responsibility to act in good faith towards the original owner, this does not necessarily mean getting the best possible price. As a result, this type of auction often offers investors a chance to purchase a property at well below market value.

In Mr Harvey’s experience, properties sold by the mortgagee will often go for “below a song”.

Last year, he attended a mortgagee auction in Kurrajong for a large acreage property. Although the home was valued at $500,000, it eventually sold for around $295,000.

Both Mr Crawford and Mr Kovacs say investors can often pick up properties at 10 to 15 per cent under their market value.

However, Mr Kovacs says it depends on current market conditions.

“If you've got a property market that is booming and doing really well then of course you'll get a good price for the mortgagee repossession,” he says.

“But if the economy and the property market are slowly sliding, you can pick up some really good bargains.”

In Mr Kovacs’ view, this occurs because lenders are interested in recouping their losses rather than achieving the highest sales price. Their primary objective is to find a buyer who will pay enough to cover the outstanding debt and any associated costs.

In addition, mortgagees have no personal or sentimental motivation to chase the maximum sale price.

“They have the added advantage that they're not emotionally attached to these properties,” Mr Kovacs says.

Any profit made from the sale above and beyond what the bank is owed will be returned to the original owner. As such, the bank does not benefit from pushing up the price.

In his experience, some lenders will even set the reserve price at the amount owing to them. These are the most favourable circumstances for investors.

“That's where there's an opportunity for investors to get in and pick up something below market value,” he says.

Apart from enabling you to save money, buying a house at a discount, especially in capital cities like Melbourne and Sydney, also gives investors a safety blanket.

Investors who pay 10 to 15 per cent under what the property is worth have a buffer if growth falters in that area.

“It's a very smart way of buying. It gives you that leverage,” Mr Kovacs says.

“If property prices do fall, say by five, six, seven or even 10 per cent, you’re still relatively secure.”

In fact, buying a property at below market value creates instant equity in the property, Mr Crawford explains.

Ultimately, Mr Harvey says investors need to look at the fundamentals and remove emotion from the process when buying repossessed properties.

“The reality is that if it's a mortgagee sale, the property has to be sold. It's going to go to some buyer regardless of whether it's an investor or someone else.”

Mr Kovacs has a similar philosophy: “These properties need to be sold. That's the bottom line. Someone will buy them. And why shouldn't it be you?”

While repossessed properties can often be bought on the cheap, paying less is not always the best strategy for building wealth.

He has found mortgagee sales tend to happen more frequently in lower socioeconomic areas. While a $30,000 discount may sound appealing, some of these areas are unlikely to ever significantly grow in value.

“That's not to say it's not a good investment area, but you have to look at the quality and the long-term value of the property you're buying,” he says.

Investors also need to consider whether the property has negative aspects that might hold back future growth, such as a nearby highway or petrol station.

“It could have something fundamentally wrong with it that's causing the value to be depressed,” Mr Harvey says.

Mr Crawford also urges caution, warning investors that properties that have been neglected for some time may require renovations.

“Avoid any property that requires significant work, unless you are very confident it will deliver a return,” he advises.

“It's not a bargain if it requires significant renovation or replacement items, or if it's in an area with poor rental yields and growth prospects.”

Another downside of mortgagee sales may be their growing popularity among the investor market. As more people understand the possibilities presented by this type of investment, competition has become fierce.

“It really attracts bees around the honeypot,” Mr Harvey says. “Everyone thinks they're going to get a deal.”

At an auction with high investor turnout, the price may actually get pushed up above the existing value of the property.

“Everyone thinks they're getting a bargain and they don't do their homework on comparable sales,” he says.

To avoid being caught out, Mr Crawford suggests going into the auction with a clear strategy in place.

“As with any investment, it's essential you set yourself a purchase limit,” he says.

Before bidding, investors need to gather information about the property, the area and a relevant sales history.

“Thoroughly research the area and investigate what similar properties have sold for so you know what the market value should be. Then don't pay any more than that,” Mr Crawford suggests.

These tactics can help investors get a great deal rather than a rip off.

These properties need to be sold. That's the bottom line. Someone will buy them. And why shouldn't it be you?

Tapping into the market

How do you find mortgagees in possession of properties?

Investors wanting to buy into the mortgagee sales market may have to do a little groundwork.

One way to identify these properties is to visit one of the websites listing mortgagee sales across Australia. Alternatively, a search for ‘mortgagee sale’ on a property portal is likely to return listings in this category.

Another alternative is to talk to a buyer’s agent, Mr Harvey suggests.

“We have a vast network able to tap into those sorts of properties for our clients so we can get advance notice when they're about to come up,” he says.

As a final option, Mr Kovacs says mortgagee sales will generally identify a bank, lender or public body as the vendor on sales paperwork.

Not every mortgagee sale will be a good investment. Properties still need to perform, either on rental returns or capital growth. However, when the right property comes along, investors can add to their portfolio at a fraction of the usual cost.

The percentage of distressed listings located in Queensland last year

To seize a property, a mortgagee must file a Writ of Possession in the Supreme Court of the relevant state. In New South Wales in January and February, 270 Writs of Possession were received by the court. However, only 36 per cent of these writs were carried out. According to the NSW attorney-general’s department, the debt is frequently paid out before the order can be executed.

Read More
Buying a bargain from the bank 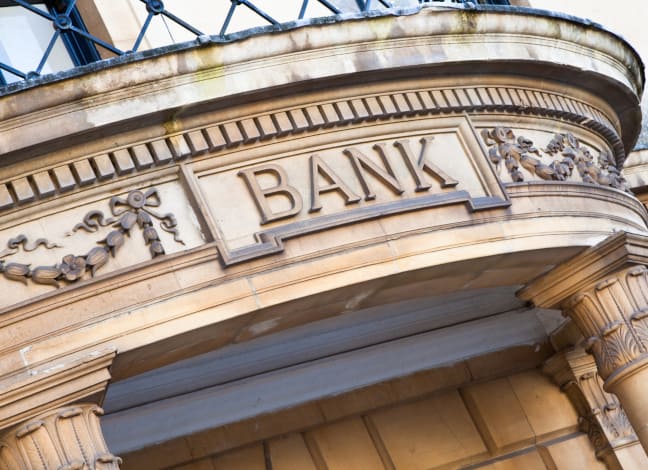