The Reserve Bank of Australia has announced the decision of its monthly board meeting. The board resolved to leave the official cash rate at 2 per cent, in line with the overwhelming majority of market predictions.

The official cash rate has been at 2 per cent since May 2015.

Many commentators anticipated the Reserve Bank would maintain its observational stance, waiting for a significant change in local or international economic conditions before opting to move rates and maintaining future leverage in the process.

AMP Capital’s chief economist Shane Oliver echoed this sentiment in his forecast, telling finder.com.au, “Recent Reserve Bank commentary suggests a degree of comfort with the current level for the cash rate and while it retains an easing bias, not enough has changed to suggest it is about to act on it. It's basically in wait and see mode regarding the jobs market and the potential impact of global financial turmoil.”

According to Onthehouse.com.au’s Peter Boehm, current economic conditions in Australia are too strong to dictate a rate cut, with any downward movement unlikely to be passed on by the banks regardless.

“Holding rates seems like the sensible option at this stage. With inflation under control (and unlikely to be a problem for the next twelve months or so), unemployment at sub 6 per cent with good participation rates and reasonable, albeit below trend, economic growth as measured by GDP, there is no need to help stimulate the economy by dropping rates further right now.

“In any event, there is some doubt that a drop in the Reserve Bank’s cash rate would be passed on to consumers in full through lower borrowing costs as lenders aim to shore up their balance sheets and bottom line,” Mr Boehm said.

Twenty-three per cent of finder.com.au’s commentators believe a rate rise is due in 2016, while six of the 31 commentators predicted a rate cut at some point during the year. 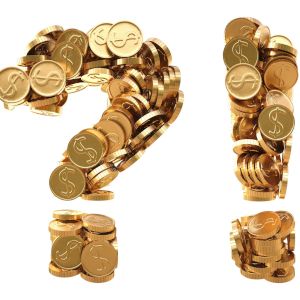 Last Updated: 17 April 2020 Published: 01 March 2016
share the article
It’s all in the planning when it comes to getting off-the-plan finance
RBA predicted to cut rates this year