Tips for negotiating a discount on a mortgage

Nearly two-thirds of mortgage holders in Australia have never asked for a better interest rate on their home loan — but there are four things you can do to get a better deal. According to comparison website finder.com.au, 65 per cent of the 2,033 Australian home loan customers surveyed said that they had not approached their lender for a cheaper mortgage. However, of those that did, 82 per cent said that they had received a better deal.

According to Ms Hassan, when negotiating a discount on mortgages, customers should:

She noted that although “haggling doesn’t come naturally to a lot of people … when there are big dollars at stake, it’s worth stepping out of your comfort zone and asking your lender to do better”.

Women and Baby Boomers more likely to be given rate cuts
Of those surveyed, it was largely the younger generations who were “least complacent” when it came to bargaining on their home loans, with 44 per cent of Generation Y approaching their bank for a cheaper rate.

However, although the young were more likely to ask for a discount, they were less likely to receive one than Baby Boomers, with 32 per cent being unsuccessful compared to just 8 per cent of the older generation.

Geography also appeared to play a role in mortgage negotiations, with those in Tasmania and Queensland most successful in receiving a discount when they asked for one (95 per cent and 91 per cent respectively), while those in NSW were least successful at getting a rate cut, with a 73 per cent success rate.

Those in South Australia were the most likely to have applied for a discount or switched lenders (57 per cent), while those in the ACT were the least likely to negotiate a lower interest rate on a home loan (58 per cent had not applied).

Overall, the finder.com.au survey found that nearly one in five borrowers (18 per cent) had switched to a new lender for a cheaper mortgage rate or a more suitable home loan, with almost 1 in 10 (9 per cent) of Generation X switching to a new lender if their current lender didn’t offer them a better rate.

Ms Hassan commented: “Mortgage repayments are the single biggest monthly expense for most households and those saved dollars are much better off in your back pocket.

“Although we are in a historically low rate market, it’s vital that mortgage holders regularly review their loans and approach their bank, using loyalty, loan size or market competitiveness as leverage.”

However, Ms Hassan warned that while borrowers can negotiate discounts on both fixed and variable loans, customers should be aware that “once a fixed rate has been secured this rate applies for the entirety of the fixed term”.

She added: “If you choose to exit the loan during this period, a hefty break fee will usually apply.”

Read More
Tips for negotiating a discount on a mortgage 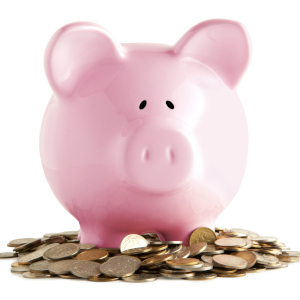