The Reserve Bank of Australia has delivered the decision of its monthly board meeting. As many experts predicted, board members have opted to hold the official cash rate at its record low of 1.50 per cent.

In a unanimous result, all 38 economists and experts in the finder.com.au Reserve Bank survey tipped this outcome.

Many of the experts cited soft inflation and a stubborn Australian dollar as the reason the RBA chose to hold the rate, explaining that the bank remains in ‘wait and see’ mode.

Australian Associated Press chief economist Garry Shilson-Josling explained: “The RBA prefers to link its cash rate moves to quarterly CPI releases and the next is not until late October.”

Many of the experts also believe that if the RBA is to make another cut this year, it will most likely be in later months.

“If inflation was, say, 1.0 per cent year-on-year, that’s a pretty good reason for another rate cut,” he told The Adviser.

Mr Lawless also highlighted that the RBA’s rate cuts so far this year are not reducing the Australian dollar as hoped.

“To reduce the Aussie dollar, we’re going to need to start seeing the US rates starting to rise. There’s a lot more talk about that now which may take some pressure off the RBA to cut rates,” Mr Lawless commented.

“It’s a very fine line they’re walking at the moment: trying to stimulate the economy without overstimulating the housing market,” he added.

“We’re already seeing interest rates creating a demand, so there is some risk that lower rates will continue to add some further fuel to the fire in Sydney and Melbourne, though I think other markets like PerthPerth, TAS Perth, WA, Darwin and Brisbane could probably benefit from lower interest rates,” he said. 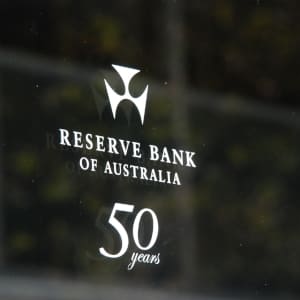 Last Updated: 20 October 2021 Published: 06 September 2016
share the article
How this property investor achieved financial freedom in the face of divorce
Rates to hold until 2017