Why an interest rate hike could benefit investors Why an interest rate hike could benefit investors

Brace yourselves property investors, interest rates are on the way up irrespective of any moves by the Reserve Bank or APRA.

NAB’s and Westpac’s lift in rates to investors last week, preceded by the Commonwealth Bank in January, may just be the beginning of nastier surprises to come.

For investors with substantial equity in their investment property, the tightening is not likely to cause great alarm but there are many who’ve built portfolios with small deposits in the expectation that rents will service repayments.

A hike in interest rates has the potential to throw a carefully laid balance sheet into disarray but it’s worth remembering that we live in a competitive banking environment.

Where one bank exits a market, there’s usually another willing and able to step into the void.

ING was quick to let it be known that it has an appetite for more investor loans and, having concentrated on building an owner-occupier mortgage book over the past few years, has plenty of leeway to increase its exposure to investor loans.

This raises the big social question of what outcome we want to achieve from tougher criteria for investors. As has been widely reported, the 2015 measures imposed by APRA caused a drop in investor loans but the past few months have seen them surge back to represent more than 50 per cent of new loans written in January.

There is no doubt that access to cheap money is fuelling this surge of investor activity pushing up already overpriced housing, particularly in Sydney and Melbourne.

It’s unlikely that anybody who holds investment properties considers themselves the baddies in this spiralling affordability challenge. And in most instances, they are not. In fact, many of the investors that we’ve observed are doing so with the next generation in mind, alarmed that their children may never be in a position to own a home.

The problem for legislators and the community as a whole is that this entrenches a class of have and have nots. The Great Australian Dream has become an overworked cliché, yet it would be a sad day if we ever lost sight of this aspiration.

What we don’t want to see is those investors who have placed their faith in bricks and mortar being financially caned for doing so, and especially in many regional locations where there exists a shortage of affordable housing for rental.

If, however, some of the investment practices that exist at the fringe of property buying and speculation are reined in, that may be a good thing.

There is no doubt that the lending environment is in for a shake-up and now may be a good time to begin a conversation with trusted advisers about whether to hold, divest, refinance or look for opportunistic purchases.

Andrew Cocks is the owner and managing director of Richardson & Wrench (R&W). Prior to acquiring the network, in 2009 took on the role of executive director and transformed R&W for the 21st century. In that time he has instigated a total brand overhaul, restructured the management and operations, re-engaged the network and added 25 new offices in NSW and... Read more

Read More
Why an interest rate hike could benefit investors 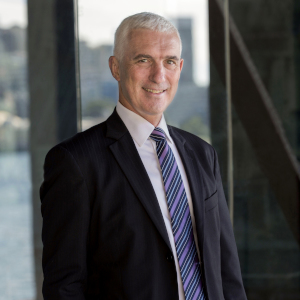 Last Updated: 04 December 2017 Published: 23 March 2017
share the article
Are you a ‘lazy’ investor? Consider the benefits to working with a financial team
Why restricting foreign investors could damage Australia’s economy