How property investors can prepare for interest rate hikes How property investors can prepare for interest rate hikes

Property investors are encouraged to consider interest rate conditions to sufficiently manage their mortgages. Knowing where the rates are headed could help investors make the right decisions and maximise the rewards reaped from their investments.

Smart Property Investment’s Phil Tarrant and Momentum Wealth’s managing director Damian Collins share their thoughts on the interest rate trend in Australian real estate markets over the next five to 10 years, as well as its possible impact on investors.

Are interest rates going up or down in the next five years? In the far 10 years?

Damian Collins: Everyone is going to have an opinion on interest rates, and the best market consensus forecasts look at the 10-year government bond rate because everything is based off that. It’s what they call the risk-free rate in the market. And the 10-year bond rate is about 2.4 per cent. And so, all benchmark interest rates are based off the federal government bond rate. The market generally doesn’t expect rates to really change very much at all over the next 10 years. There will be some ups and there’ll be downs, but on average, over the next 10 years, they expect it to be much the same.

I’ll look at the future’s market also in terms of the 18 months where they’re forecasting that and again, at best a .25 per cent rise over that period of time. In fact, just written the AFI yesterday, there’s a forecast near of actually interest rate decline coming up this year. It changes week by week, something else will happen, but I’ll say it’s going up.

What will happen if interest rates went up to 8 per cent or 9 per cent?

Damian Collins: Can’t see that likely happening only because we’ve all adjusted to the new norm of borrowing at 4 per cent or thereabouts. Again, the interest rates are controlled by the reserve bank, it’s (an) independent authority separate to the government. It’s not meant to be influenced by the government—looking at it and controlling inflation, that’s what they use interest rates for. If we were to see interest rates back up at 8 per cent or 9 per cent, we’d really be talking about an inflation environment of 5 per cent and we’re nowhere near that. In fact, inflation in Australia is barely over 1 per cent at the moment.

What is likely to cause the inflation rate to go up?

Damian Collins: Generally, it’s wages, but now with the more global economy and downward pressure on prices through the competitiveness, I just can’t see it happening. My gut is that we’re in a fairly long period of generally on-average lower rates than we’ve seen for a long time, but we will see some cycles within that year. I’ll definitely put them up at some stage in the next five years, and I’ll probably drop them again as well.

How can investors work through the changes in interest rates?

Damian Collins: I guess, what I would say to all investors is you can’t control it. You can only control what you can. The best thing, if you’re already concerned about interest rates, is look at locking in something. Five-year rates are still very competitive. Some of the banks are doing 10 (years), but not all of them. You can get five-year rates—very competitive rates. That would be the best bet if you’re really concerned about interest rates.

If you’re really concerned about it, you can’t deal with the ups and downs and the fear of the unknown, just go and lock your rates in. They’re pretty competitive.

Any more advice for investors regarding interest rate changes?

Phil Tarrant: We had a good look at how banks are assessing investors’ serviceability and a lot of the banks now assessing you on an interest rate a lot higher than what you’re getting, it’s like (7.5 per cent). Most people are already getting assessed at (that) rate. If you’re investing in property and you’re concerned about interest rates going up to 8 per cent or 9 per cent, just borrow on the basis that it is 8 per cent or 9 per cent. So, what that means is you want to have the capacity to comfortably service mortgage debt and service your portfolio if rates are at 8 per cent, 9 per cent. Some would say that’s just best practice.

I look to have a considerable amount of fat in my portfolio in terms of my ability to service debt associated with it, so I call it the “sleep-at-night factor”. I don’t do it at 8 per cent, 9 per cent, but I do it around the 7 per cent or 7.5 per cent. I know that if that were to happen, I’m still okay. And it’s not a bad place to be.

Tune in to The Smart Property Investment Show’s Q&A session to know more about the perils of procrastination, as well as how buyers can compare insurance brands and find the right products to suit their needs. 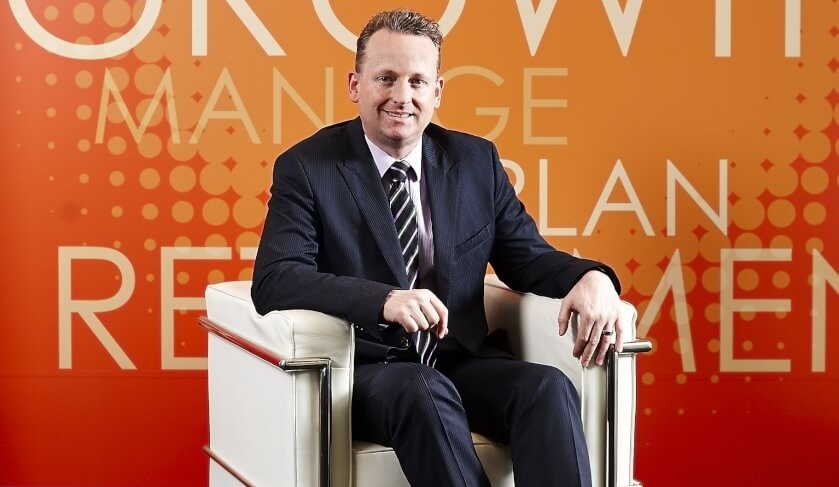