Amid possible interest rate hikes: Pay down debt instead of leveraging Amid possible interest rate hikes: Pay down debt instead of leveraging

Economists have recently been working with property experts and professionals to forecast the possible scenarios should interest rates start to hike following the amendments to lending regulations implemented by the Australian Prudential Regulation Authority (APRA).

While most experts agree that rates will start to rise soon, there are still those who believe that major banks like the Reserve Bank of Australia (RBA) will be on hold for the next couple of years.

Based on historical data of property market cycles, every time Australian property dips, the RBA cuts interest rates before it increases them again, and then lowers the rates once it got too high—and so on. James said that it has already been used as a lever before and it worked effectively, particularly when there was a dip in properties six years ago.

However, the mortgage expert does not expect the bank to do the same thing this year because cutting rates will most likely create problems that might be too much for them to handle at the moment.

He said: “Bill Evans from Westpac … goes, ‘But if [I am] wrong and they do increase … it's going to be a problem because there are people who are already stressed with the level of debt they've got even though it's held up by an appreciating asset [and] they're stressed with servicing that debt.’ ”

“Rates are at record lows. They've never as low as they are now,” James added.

‘It could only get worse’

A lot of economists are worrying about the neutral rate set by the RBA, which is 3.5 per cent—”200 basis points higher, than where we are now,” James said.

According to him, it has been a bit bearish in the mortgage business particularly because property buyers, holders of the mortgage, and other customers in the market for the past five years have never known rates at normal levels.

Most people have done well in property over the last five years following the influx of new property investors who are putting positive pressure on prices to go up.

However, due to “record low-interest rates”, investors who used the period to leverage and overextend may start to encounter problems when interest rates hike.

Smart Property Investment’s Phil Tarrant said: “That said, APRA has pulled a lot of levers to persuade, influence, cajole … the banks to say, ‘Slow down on interest-only lending. Under 10 per cent growth, that's all cool, but serviceability ... for borrowers, banks … or lenders are looking at sort of [around] 7 per cent now.’”

“Hopefully, because of the way banks have been looking at borrower's potential to borrow money, they've put enough fat in it so, at [a] certain time, in terms of serviceability, if it does go up to that, that should be okay,” he added.

Overall, the strong banking system of Australia is expected to withhold any scare tactics put out by the government or the central bank. Recent historical data will show that, essentially, the major banks are “too big to fail”.

Phil said: “One of the reasons we didn't fail during the JFC [Japanese financial crisis] is because of a very, very strong banking system, which was relatively risk-averse.”

Moreover, Momentum Media’s Aleks Vickovich explained: “We had less exposure to the economy and where the problems were. We also had lucrative stores of bulk site nine, or that we would flood into the China east.”

“The point is that the risks that we talk about … I think there's far more risks on the investor themselves than there is in for the banks,” he added.

The government ultimately backs major Australian banks, which are considered as key parts of the country’s economic stability. For this reason, experts advise all investors to take their education seriously in order to avoid making wrong financial decisions even if they essentially don’t have anyone looking out for them.

Many property investment journeys have been derailed over the years simply because of lack of education.

“The RBA and APRA [and] all those different bodies have said … ‘Don't get into the illusion that property only goes up. It can go down,’” he concluded.

Read More
Amid possible interest rate hikes: Pay down debt instead of leveraging 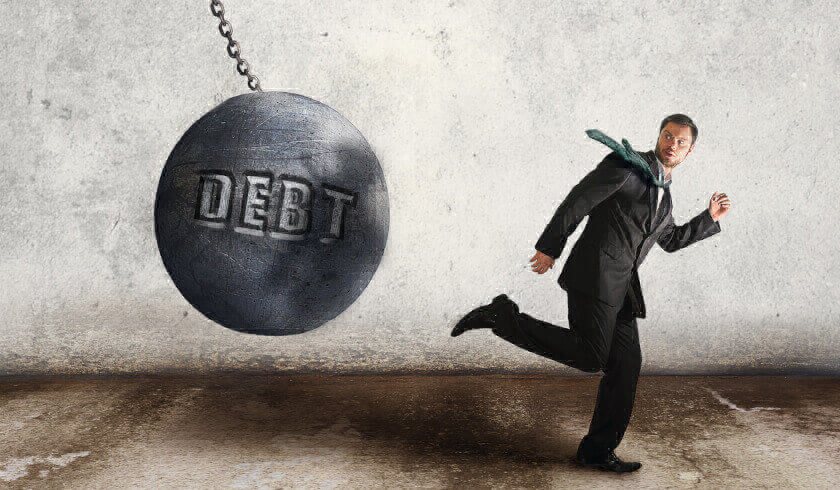 Last Updated: 01 July 2022 Published: 07 November 2017
share the article
RBA announces cash rate for November
Why is there a rate disparity between interest-only and principal interest rates?