How property investors can enjoy dealing with the numbers

Even if he carries relevant background in finance and economics, 27-year-old investor Curtis Stewart knows that the secret to actually enjoying property investment is the ability to share the risk with smarter professionals and get good guidance from the right mentors. The young investor started taking an interest in the business of creating wealth through property at the age of 24, and three years later he has already successfully acquired an apartment in Canberra and two blocks of land in Victoria.

Like many property investors, his simple goal is to create a financially stable future for himself and his family.

According to Curtis: “At my age, it's just, [that I think about] ‘What am I doing to make sure that when I get married, have kids, [and] when I'm older ... I'm in a financial position that's taken advantage of the good run I've had for the first 25 years of my life?’ ”

“The goal was more … ‘What am I doing now to position myself better … ?’ In 20 years’ time, I've got a really healthy financial position—I'm thinking cash flow … [so] my income [is] supplemented,” he added.

As of now, he holds a property portfolio worth around $1.4 million with 80 per cent loan-to-value ratio. By the time he turns 30, he hopes to reach the $2 million mark and then try more sophisticated strategies to further fuel his investing.

However, he tries his best not to set a definite goal for himself as a property investor.

Instead, he said: “It's more, ‘Do I feel that, given what I have, I'm using it to my best advantage … ?’ I have to move forward… find a better solution.”

Curtis’ experiences as a mortgage broker had greatly helped him in growing his property portfolio over the last few years. He initially doubted that he could begin his own property investment journey considering the small amount of savings he has, only to realise that it’s all about finding the strategy that would work best with what he already has.

Right now, according to him, his savings are “offsetting debt, but it's an equity release so it's debt that wasn't there anyway”.

Curtis explained further: “It's the equity release from Canberra with … the relatively favourable valuation that allowed me to [move forward].”

Smart Property Investment’s Phil Tarrant said that success in property investment lies in finding the right partners as you go through your journey.

According to Phil, who is an avid investor himself: “One of the beautiful things about property is that you share the risk with people who are, obviously, a lot smarter than you.”

“So the Commonwealth Bank, in this case … own a big chunk of the property through the debt they've given you to close it—they've got that level of confidence.

“Our banks are pretty good to be fair, compared to global banks. [They] held us in pretty good stead over the global financial crisis, and banks are risk-averse,” he added.

Curtis believes that his serviceability is in a relatively strong position right now considering the real estate assets that he has acquired in the last three years. Once he has finished developing the blocks of land he bought in Melbourne, he plans to alter his financing strategy in order to continue moving forward amidst the changing credit environment.

Despite the unpredictability of the property markets, Curtis admits that he has been enjoying his property investment journey so far.

“I really like what it does for me. I like the numbers … When they're working for you, everyone likes the numbers,” he said.

One of the most important lessons he has learned in his short but already fruitful journey is the value of being able to leverage. His advice to his fellow investors: Always remember that there are always opportunities to grow your portfolio—you just have to educate yourself about the many possibilities.

The young investor said: “If you're taking something, a relatively small amount, at the start of your life and you go into some investment asset with a really low capacity to leverage, your ability to turn that into something bigger is much smaller if it grows.”

“Property is a bit unique that you go to 80 per cent LVRs [loan to value ratios], you go to 90 per cent LVRs, [and] you can still do it. If you buy a classic car or a painting or something, you can do it [as well], but your capacity to leverage is not there,” he added.

At the end of the day, as Australia’s leading social commentator Bernard Salt said, the narrative behind the numbers matters more than the numbers themselves.

Phil explained: “You can pull in all this information over time and it helps you form a long-term vision and a story behind why things are happening and why markets are changing.”

“The time you spent now investing in [knowing] what's going on, even though you might not do anything, [is worthwhile because] in 10 years’ time, you're going to be able to refer back to it [and] it's going to help the narrative to help tell a story to allow you to be a better property investor,” he concluded.

Read More
How property investors can enjoy dealing with the numbers 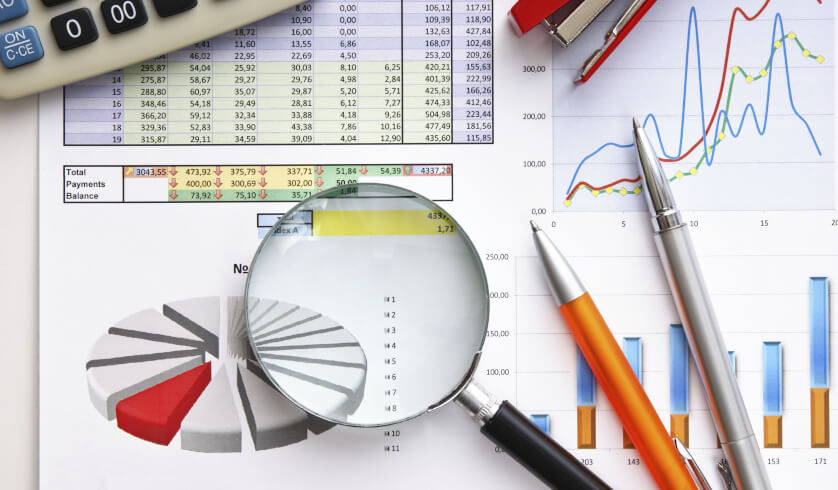