Fixing your home loan rate: From negotiations to buffers

As interest rates continue to rise, some investors are opting to fix their home loan rates for a set period to minimise costs and ultimately continue growing their portfolio. How can you make this strategy work? Smart Property Investment’s Phil Tarrant is expecting to save at least $2,100 a month or $25,000 a year after he fixed the rates on some of the home loans across his 18-property portfolio for a set period of two to three years.

Moreover, he will not have to worry about interest rate fluctuations. For the duration of the fixed rate period, he will be required to pay the same amount of mortgage repayments.

From these rate declines, he could save at least $149 a month or nearly $2,000 a year on mortgage repayments.

According to mortgage broker Ross Le Quesne: “Looking at $2,100 a month, if you convert that into another loan repayment, it's $588,000 in borrowings. As an interest-only repayment, it's 4.29 per cent—that's a lot of coin when you look at how much further you could leverage with the same cash flow.”

The savings could then be used to add value to some of Mr Tarrant’s properties through simple renovations and subdivisions.

The process of fixing rates

Mr Tarrant and his team have recently finished signing forms and doing paperwork for four different lenders, which indicates their intention to shift his variable rate home loans to fixed rate home loans in a span of two to three years.

Note that these home loans are interest-only and will remain as such after the switch. Since there will be no changes in the credit contract, no credit assessment will be necessary.

One of the key consideration for the investor is the ‘expiration date’ of the interest-only loans, or when the loans will automatically revert to standard principal-and-interest loans.

The mortgage broker explained: “A key consideration when you are looking at fixing is, ‘Is it going to take me past my current interest on the expiry dates?’ It's important to keep it within that because you don't want it rolling over onto a principal-and-interest line halfway through. Quite often, the lenders won't fix it if your interest-only expires.”

“For example, we will only fix for two years that’s within that interest-only expiry date. It is a product switch from a variable to a fixed rate product, remaining on an interest-only. That goes to the lender, they apply, and it's a fairly simple process,” he added.

Since it passes as a simple product switch and does not involve a change in credit, the chances for rejection are low. In fact, Mr Le Quesne said that instead of an approval process, it is to be viewed as an ‘internal lending process’.

There are advertised fixed rates, which vary from lender to lender. While negotiations could be possible, most of the time, investors get the advertised rates.

A confirmation letter from the bank or the lender will finalise the switch. It will indicate your new details, including repayment options, as well as the possible scenarios once the fixed rate period ends.

After the fixed rate period...

When the fixed rate period is over, the home loans will move back to being variable rate home loans.

The investor will have to continue making interest-only repayments until the interest-only period expires, then he will revert to making principal-and-interest repayments.

Once your home loan is on variable rate and principal-and-interest repayments, fluctuating interest rates will be influencing your repayments once again. Moreover, you will also have to start repaying the principal amount you owe to the lender.

“It's important to look at when your interest-only expires and make sure you've got cash flow buffers,” he highlighted.

The mortgage broker strongly encouraged investors to have updated documentation of the home loans and craft a well-thought-out plan in advance to prepare for the transition.

If you have other plans to manage your mortgage repayments other than reverting back to variable rates and principal-and-interest repayments, you can submit a new home loan application to your current lender or refinance your home loan with another lender.

Going over different loan products will certainly affect your ability to make repayments and finance your entire portfolio.

Investors may opt to utilise offset accounts attached to their home loans to help them build cash flow buffers.

According to the mortgage broker: “A number of our clients have used that strategy where they've paid money into the offset account against their owner-occupied loan. It reduces the interest on the owner-occupied loan, and from a cash flow perspective, they know how they would track if their loan was to move from interest-only to principal-and-interest.”

At the end of the day, one of the true measures of success in property investment is the ability to hold the assets over time to achieve long-term capital growth.

Investors are advised to be just as proactive in financial and portfolio management as they are when actively growing their portfolio by purchasing assets.

While surrounding yourself with the good professionals will definitely help you navigate your way through the investment landscape, their services can only be as good as the information and the attention you give them.

“The lending space at this point in time is changing and I'm sure there'll be plenty that will happen in a month. But you can win this property game if you got the right people on your side,” Mr Le Quesne concluded.

Tune in to Phil Tarrant's portfolio update to know more about the best ways to minimise costs, improve cash flow and continue growing your portfolio amidst the changing lending environment. 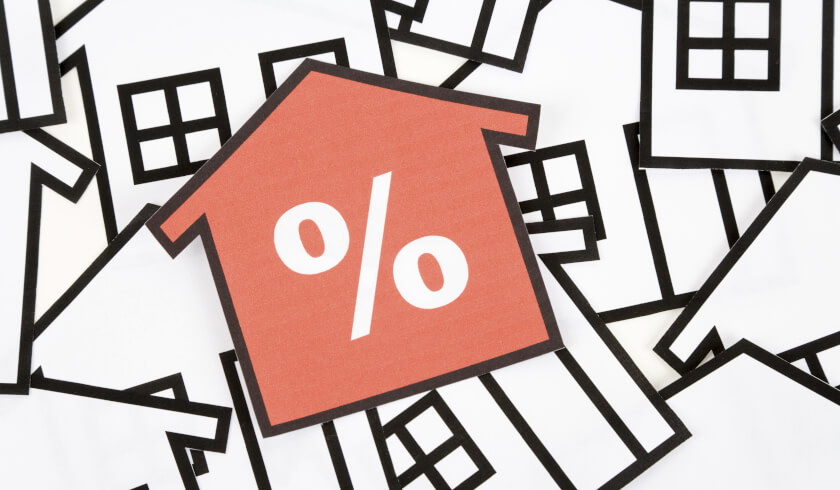