Investing without a budget: is it a smart strategy?

Being financially sound is a big part of a successful property investment journey, but can investors succeed in the venture without following a strict budget? Investor Charlie McGregor has always had an appreciation for the aesthetics of property. While spending his downtimes watching property renovation and design shows, he began to appreciate the ‘numbers side’ of property as well.

Upon realising that he could make another income stream out of property investment, he decided to study the fundamentals of the venture and put a foot up the property ladder.

He said: “I kind of the blended the two—the architecture side and the finance aspect. But, obviously, with the investment hat on, I need to be looking at the numbers more.”

“Growing up, I’ve always wanted to be a renovator and make a bit of money out of the finished product. That's where I'd like to end up eventually, but right now, I have my investor hat on and I’m just appreciating the numbers,” the investor highlighted.

Where once he aimed for beautiful Georgian buildings with modern interiors, Mr McGregor now chases properties where ‘the numbers add up’, according to him.

Mr McGregor bought his first property last January in Logan through the help of a buyer’s agent—a three-bedroom dwelling on a 750-square metre block, with renovation or development potential. The second one—a four-bedder in Kallangur—was purchased six months later.

While he has achieved significant growth within a short period, beginning his investment journey was no easy feat, according to him. Having just moved from England three years ago, Mr McGregor felt like he was ‘born five years too late’.

He shared: “The London property market skyrocketed and I thought, ‘I can't afford anything here so let me move to Sydney’. I landed in Sydney and quickly worked out that the same thing has happened here.”

Before making his first purchase, Mr McGregor did research by maximising free resources, including websites, podcasts and magazines on property investment.

He initially explored off-the-plan properties and ‘renovator’s delights’ but soon realised that they weren't the right strategies for him due to the possible implications on his finances, especially considering that he’s only at the beginning of his wealth-creation journey. The budding investor engaged professionals to help him determine the best option.

Soon enough, he settled on buy-and-hold as a strategy, looking to benefit from the compounding growth of his investments and ultimately making his money grow.

Having worked in sales, Mr McGregor was able to save money and invest in cars and other necessities through the commission that he’s getting and live off of his base salary. While his savings was growing, he knew that he could still maximise his earnings

After he saved his way through his first two investment, for which he paid a 10-per cent deposit each, he plans to carry the ‘savings bug’ throughout his journey. However, this time, he will be using the well-worn path of saving money in smarter ways.

He said: “My goal was to put the minimum amount down up front so I could spread my savings to other properties and acquire as much asset as I could in a short space of time.

“To me, it's compound growth. The more you save and you put that savings into vehicles that are giving you compound growth, whether that's shares or property, you're effectively multiplying those initial savings rather than just having them sit in a bank.

“I think a lot of people probably miss that point. Saving's a powerful tool to get to the end result but you can amplify that process by investing,” the budding investor added.

Mr McGregor believes that while saving to invest is a lifestyle that requires discipline but investors don’t necessarily have to sacrifice comfort to achieve their goals—as long as they are able to handle their finances well.

For instance, he applies the discipline he had learned through the years by avoiding the use of his savings except for investment purposes. Meanwhile, he gives himself the freedom to use the base salary that he’s living off with to enjoy a comfortable lifestyle.

Even without a strict budget to follow, he is able to continue growing his portfolio without having to sacrifice some of the simple pleasures of life.

According to him: “Investing is important to me but I don't want it to disrupt my day-to-day life or the things I enjoy like going out with friends for dinner and drinks. I've never really worked on a budget because I don't really believe in them. I don't think that they work for me.

“As long as, at the end of the month, I have more money in my account than not and I still am able to save, that works for me,” he added.

However, considering the stricter regulations on lending following the softening of major markets across the country, the budding investor may have to be more stringent about his finances.

While he didn’t have any problem getting credit for the first two properties, a vague spending habit might affect his serviceability and ultimately delay his subsequent purchases.

Aside from improving his organisation through old-school finance tracking using spreadsheets, his mortgage broker advised better budgeting with the aid of software technologies that allow for close monitoring of savings and expenditures.

The budding investor said: “I’m actually getting scared because if they'd look in my bank account, they'd ask a few questions. A bit further down the line, I'll probably have to be a bit more stringent. I know they're introducing new technologies where they can quickly look across your expenditure, so that scares me a little bit.”

“I didn't have problems with the first two but I expect I will have some as I progress. My guesstimation, speaking to a number of people including my broker, is my serviceability may come into question for property four or property five,” Mr McGregor added.

Even though it could present problems in the future, these stricter regulations could actually mean good things for both investors and homeowners in the long run, according to him.

“They’re currently tightening down on regulations and making lending from the banks more difficult, and rightfully so, because that kind of protects the economy,” he highlighted.

Moving forward, the budding investor will face these possible serviceability issues headstrong and proceed to his third property purchase, seeking more affordable corridors in the next six to eight months—growing his portfolio while avoiding overcapitalising and ultimately managing his finances better.

Tune in to Charlie McGregor's episode on The Smart Property Investment Show to know more about the investment strategies he will implement to continue growing his portfolio and achieve his financial goals.

Read More
Investing without a budget: is it a smart strategy? 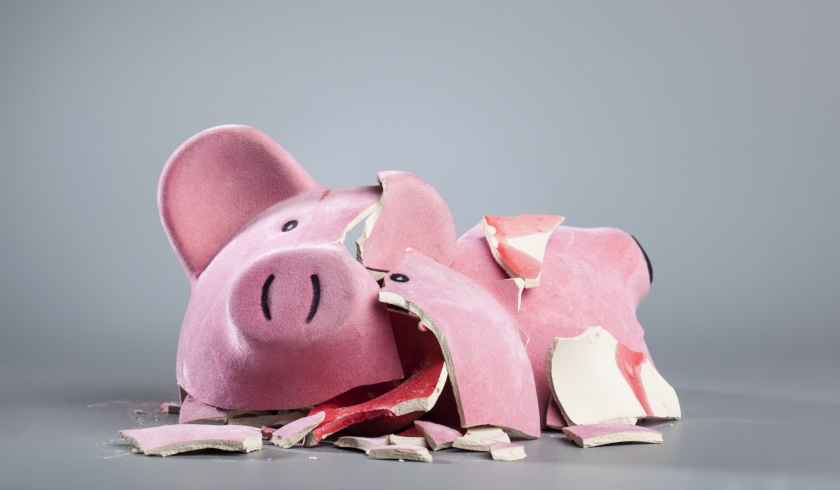