How much has your property fallen in the last quarter?

Residential property prices fell by 0.7 per cent in the June quarter, according to newly released national figures. According to the Australian Bureau of Statistics (ABS) the falls in property prices were led by Australia’s two largest cities with Melbourne falling by 0.8 per cent while Sydney lost half a per cent.

ABS chief economist Bruce Hockman believes: “The falls in Melbourne were driven by detached dwellings, while attached dwellings drove the fall in Sydney”.

The government entity explained established houses are detached residential dwellings on their own block of land, regardless of age with attached dwellings includes flats, units and apartments plus semidetached, row and terrace houses.

The falls in the June quarter led to an overall price reduction of 7.4 per cent through the year in 2019. Meanwhile, prices fell by 9.6 per cent in Sydney and 9.3 per cent in Melbourne, the data revealed.

“Sydney and Melbourne housing markets have seen residential property price falls moderate this quarter. A number of housing market indicators, such as auction volumes and clearance rates, have begun to show signs of improvement, though they remain below the levels seen one year earlier,” Mr Hockman explained.

All capital cities apart from Hobart and Canberra recorded falls in property prices in the June quarter 2019.

Hobart grew by 2 per cent for the year and is the only capital city to recover positive growth this year.

Read More
How much has your property fallen in the last quarter? 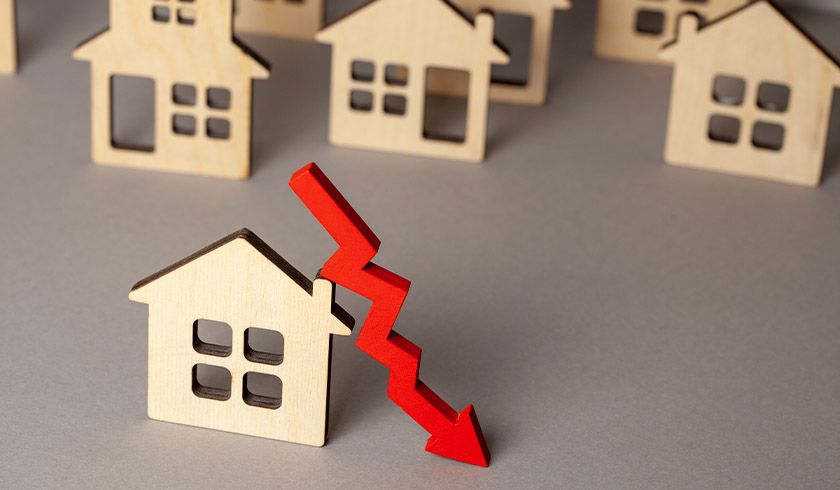