Two-thirds of Australians have seen their finances impacted by COVID-19, according to new research – and it’s affecting everything from holidays to houses and careers.

AMP commissioned research to uncover the long and short-term impacts of the pandemic on the everyday Australian, finding 67 per cent have been impacted in a financial sense.

It’s also set to continue affecting many of them for the medium-term – nearly half (49 per cent) of all individuals surveyed expect it will take them at least three months to return to a financial position similar to where they were at pre-COVID-19.

AMP Bank’s director of retail solutions and direct distribution, Michael Christofides, commented that “with talks of the recession and consumer confidence down, it’s clear that many Australians have been impacted by COVID-19, including having to hold on making significant financial decisions from retirement to travel to buying property”.

The research revealed that the pandemic has forced 60 per cent of Australians to delay an overseas trip, which may be due more to travel bans than financial need.

But almost one-third (29 per cent) also revealed they have had to postpone purchasing a car.

The same proportion (29 per cent) have also had to push back a major event – such as a wedding.

A further 22 per cent have been forced to delay the purchase of a home, while nearly one-fifth of respondents (19 per cent) reported they have had to hold off on purchasing an investment property.

But the pandemic has not just impacted on Australians’ purchasing power, with one in five individuals surveyed in the research also stating that they have had to put off a career change due to COVID-19.

But it’s not all bad news, with Mr Christofides acknowledging that the pandemic “has pushed more Aussies to think about their personal finances”.

“We’re seeing Australians being more prudent with their saving and spending decisions, partially due to lockdown restrictions but also relating to a desire to be prepared for any future rainy days,” he said.

AMP also flagged widespread hope of a silver lining – 39 per cent of Australians surveyed stated that while COVID-19 has been a big shock, it’s given them the opportunity to plan for their futures and get their finances in order.

A further 45 per cent of respondents indicated they are optimistic about their financial futures post-COVID-19.

“Now more than ever, Australians are conscious of the importance of saving and preparing for the unpredictable,” Mr Christofides continued.

“There’s no doubt that COVID-19 has brought with it a number of challenges for Aussies, but the challenging climate has given some the opportunity to take a step back and re-evaluate their personal finance journeys.”

“Compared to earlier in 2020, there’s a sense that Aussies are taking this time to reset their financial goals and adopt more proactive financial behaviours both in relation to saving and discretionary spending,” he concluded. 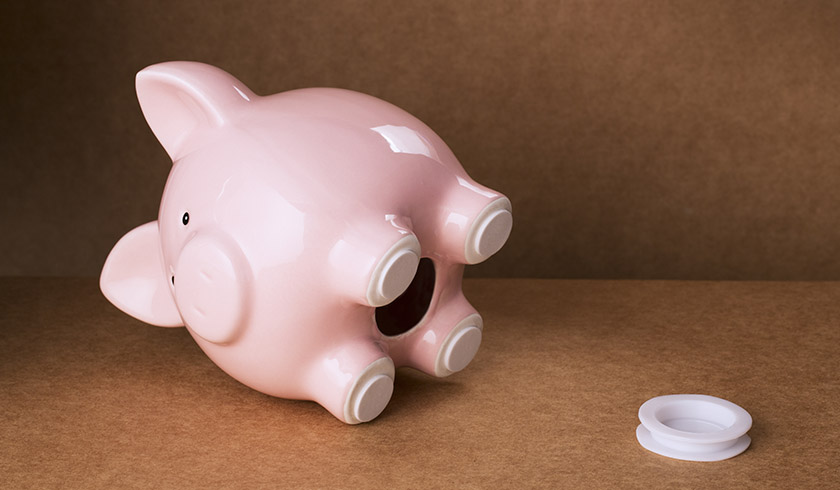