What’s the likely outcome of a cash rate hike for investors?

With speculation mounting for a future rate hike, new data suggests that three out of four borrowers will have to cut back on their expenditure should forecasts for cash rate inflation come to fruition. A poll of more than 1,000 Australians with a mortgage, conducted by RateCity, revealed that if monthly payments increased by $300, thirty-one per cent of people would have to make major sacrifices to make ends meet, while 32 per cent would have to make moderate budget cuts.

Furthermore, 14 per cent of borrowers of borrowers aren’t sure they would be able to make the higher repayments even with cuts to spending.

On the other side of the spectrum, just 23 per cent of borrowers believe they could manage increased repayments without changing their spending habits.

Hypothetically, if rate hike forecasts are realised, the average borrower with a $500,000 owner-occupier loan and 25 years left may see their repayments climb by $303 per month by next February, according to RateCity data.

RateCity research director Sally Tindall said that while most Australians will be able to take these rate hikes on the chin, not everyone will be taking them in their stride.

Source: RateCity.com.au. Calculations are based on a $500,000 loan with 25 years remaining at the RBA’s existing customer rate of 2.92 per cent for owner-occupiers paying principal and interest. Rate rises are based on CBA forecasts for the cash rate to rise to 1.25 per cent by February 2023.

Ms Tindall acknowledged that while banks have checked their borrowers’ capacity to meet their mortgage repayments if rates rise by 3 per cent, some households’ circumstances may have changed and they may have to do some penny pinching.

“A new baby, a change in careers, a bout of ill health, even a move to a different region can be enough to stress the family budget,” she explained.

The research director’s statement comes off the back of the latest Australian Prudential Regulation Authority (APRA) figures showing 24.4 per cent of mortgages finalised in the December quarter had a debt-to-income ratio of six times or higher.

APRA has flagged these figures as risky, a costly bullet that Australians had to bite to break into the housing market.

“Many variable borrowers will have to put their expenses under the microscope to see where they can trim the fat,” Ms Tindall remarked.

On a positive note, the research director opined that a Commonwealth Bank of Australia forecast that rates would reach 1.25 per cent by February 2023 is unlikely to actually occur, pointing out that “while the markets are currently predicting the cash rate will be over 3 per cent in 18 months’ time, it’s near impossible to see the RBA going that high in this time frame”.

She explained: “A lot of people who bought recently are already mortgaged to the hilt and the RBA is acutely aware of this. The central bank is not going to hike the cash rate so far and so fast that people will start defaulting on their mortgages en masse.”

At the same time, savings in offset accounts has reached a new high of $232 billion, and the average owner-occupier is 45 months, or almost four years, ahead on their payments, according to APRA.

Ms Tindall underscored the pandemic’s polarising impact on household budgets, expounding that “while some households are struggling to make ends meet, others have more money saved in their home loan than ever before.”

Tables below illustrate the financial position of these two groups of borrowers:

v those with extra money in the mortgage

Read More
What’s the likely outcome of a cash rate hike for investors? 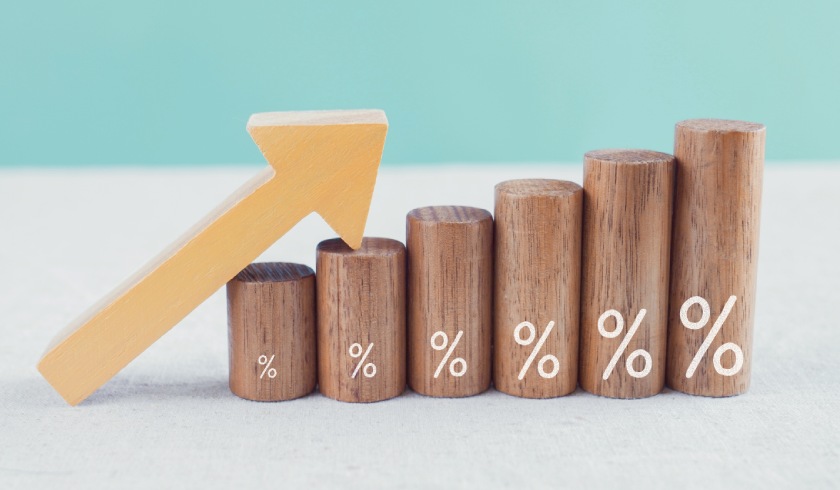