If you cast your mind back to 2012, you’ll recall the Sydney property market was a very different beast to what we know today.

According to REINSW, at the end of 2012 the median house price for the Sydney metropolitan area was sitting around $590,000. The latter quarter saw some steady growth in certain pockets, but otherwise 2012 was plagued by record-breaking price slumps and a significant shortfall in construction.

Across the Nullarbor was another story. A combination of the mining boom and an influx of migrants saw a 20% increase in sales in Perth and a 13.75% swell in house prices. Now in 2016 the tables have turned… well, to a certain degree.

It’s only natural for any market to have its peaks and troughs, but the Sydney market has now reached boiling point. Prices have soared over the last 4 years and median house prices are now hovering around the $1 million mark, making Sydney the fourth riskiest housing market in the world, as reported by the UBS Global Real Estate Bubble Index.

Federal Treasurer Scott Morrison recently said that the, “market is getting away from people. No matter how hard they work or save or even earn, they are finding it harder and harder to get into the market… housing in Australia, especially in Sydney, Melbourne and Brisbane, is expensive and increasingly unaffordable”.

This may be the case on the east coast, but the west is actually more affordable than ever right now. With a median house price of around $530,000 (REIWA), Perth is currently ripe with opportunity. In fact, it offers the perfect solution to Sydneysiders struggling to buy a home in their own city. A Perth property investment strategy could help homebuyers get their foot into the Sydney market. It’s only a matter of time before the Sydney property market comes crashing down and Perth rises up.

There are a myriad of factors that indicate Perth’s strength as an investment proposition. For starters, it’s no secret that Western Australia is a major player in global iron ore; the state makes up 46% of the world’s exports, plus it also boasts $125 billion worth of LNG projects. But these aren’t the only resources supporting the WA economy. Recent discoveries of lithium have led China to announce it will be constructing a $400 million lithium plant in the south-west. In today’s age, there is considerable demand for lithium given its use across batteries, laptops, tablets, smartphones, electric vehicles and the defence and aerospace industries.

Perth also has more ASX listed companies than Sydney and Melbourne and receives significant investment from both the public and private sector, as well as the state and federal governments. On an annual basis, $64 billion is invested into Perth from businesses, and the government has committed to $24 billion in infrastructure updates across the flourishing city, including the flagship Elizabeth Quay project.

The Perth lifestyle is also highly sought after. Recently ranked as the 7th most liveable city in the world, Perth received the highest possible scores for its infrastructure as well as its health and education services.

It’s no wonder then that its population is growing faster than any other city, with experts predicting it to overtake Brisbane and reach 3.5 million people by 2050. A lot of this growth will be attributed to migrants, who currently make up 31% of the population. Due to its close proximity to Asia and the fact that its time zone corresponds with many other countries, Perth is highly attractive to international people looking to move to Australia.

What’s more, Perth prices have steadily crept lower and lower to a point where buyers are now motivated to take action. With the added benefit of record low interest rates, savvy buyers hunting for bargains have already begun to make their move. Before long, everyone will be jumping on the bandwagon and this will drive prices upwards.

As demand increases, supply will be diminishing. In fact, it’s very likely that Perth will soon be hit with a housing shortage as many property developers have not been investing in new projects, nor have they been able to round up enough presales to kick start off-the-plan projects, so construction has been delayed. By 2018, the Perth property market will return to what we saw back in 2012 and there won’t be many developments reaching completion. If Sydney buyers want to use the next 2 years wisely and get on the right track to reach their home ownership goals, then the time to invest in Perth is now. 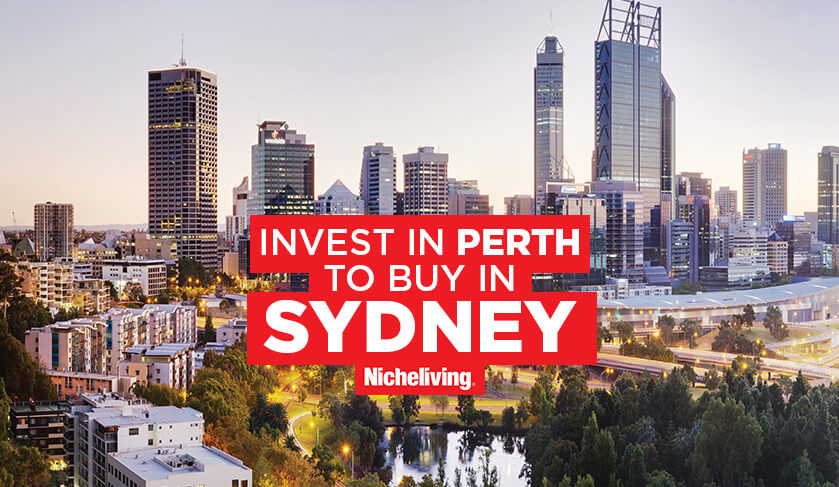 Last Updated: 17 April 2020 Published: 01 November 2016
share the article
The beginner’s guide to SMSF property investment
Looking to buy property? Why not use your super?