The REIQ Residential Rental Survey for December 2014 indicated a decrease in rental stock, suggesting that investors may be taking advantage of improved selling conditions to place their investment properties on the market.

REIQ chief executive Antonia Mercorella said it appeared that many properties coming on to the market, which might otherwise be targeted by investors, are being sold instead to owner-occupiers.

“The net effect appears to be a shortage of rental supply,” she said.

“Despite the tight conditions in the south east [of Queensland] and our tourism centres, vacancy rates actually held steady or rose in these regions, which isn’t unusual for this time of the year.

“Residential vacancy rates are prone to seasonal fluctuations over the Christmas/New Year period, and 2014 was no different,” she added.

Ms Mercorella said many REIQ property managers reported softer tenant demand in December, with many leases expiring as students finish up their studies and others also take up employment opportunities in new locations.

The survey also said the rental market in many regions is being affected by changes to the sales market, with improved market conditions resulting in increased activity both in the sale of former rental stock, with a resultant decrease in rental supply, and decreased tenant demand as former tenants move up to home ownership.

“It is clear that many investors are reaping the benefits of improved property prices and selling up – something many have been waiting for since 2009.

“It’s no secret that the GFC hit many investors’ hip pockets quite hard, and of those that have been able to ride out the storm that followed, it appears many are seizing the opportunity to achieve a return on their original investment.” 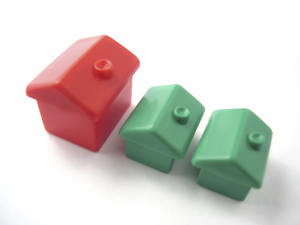