Should you fix your home loan interest rate?

Due to the challenges brought by the tightening lending conditions, investors aim to minimise their costs so they can continue growing their portfolio. Should you consider shifting your variable home loan rate to a fixed rate in order to improve your cash flow position? Smart Property Investment’s Phil Tarrant holds a multi-property portfolio with a total negative cash flow sitting at $46,000 per annum as of May 2018.

One of the strategies he’s looking to implement in order to improve the cash flow on his portfolio is by fixing his home loan rate for a set period of around two to three years. By doing so, he expects to save at least $25,000 a year.

At the moment, the investor has 19 loans across his multi-property portfolio, all of which are on variable rates ranging from 4.79 per cent to 5.86 per cent.

According to him: “The opportunity for us is to have a look at how we can get those higher interest rates down. You can do that by either renegotiating the rate directly to the banks or through your broker.”

“We can shift from an interest-only variable rate to a fixed rate and get some savings there on [the] interest rate or we can shift to a principal-and-interest rate, fixed or variable, and get even better savings there. However, we don't want to start paying down the principal on these loans right now — maybe in the future.

“The conversations we're having now is around shifting to [a] fixed rate, two- or three-year fixed rate,” Mr Tarrant highlighted.

Before locking in your rates, Aussie Home Loans’ Ross Le Quesne strongly encouraged looking at your overall investment strategy, especially if you hold a large portfolio.

In Mr Tarrant’s case, they are looking to do renovations and small development projects as another way to improve the portfolio’s cash flow, including cosmetic renovations and subdivisions.

Considering this plan, Mr Le Quesne said that it is not advised to fix rates on properties to be renovated or developed to keep options open.

According to the mortgage broker, investors must take time to review their entire portfolio before ultimately making changes on their home loan rates to avoid more expenses in the future.

Mr Le Quesne said: “Ask yourself, ‘What are my plans over the next few years?’ Once you're fixed into a loan, if you needed to switch that loan to another lender, there is going to be some great costs in breaking that fixed rate.”

After reviewing the options for Mr Tarrant, the mortgage broker and other members of the investment team deduced that by fixing the loans on some of the properties, they can save around $2,100 a month or $25,000 a year.

The mortgage broker explained: “You can have a look at what current rates are paying and what's on offer, review that and look at the savings that could be made. There is nothing else that Phil can do in his portfolio that would give him $25,000 in savings.”

“It's a large portfolio so $25,000 annual savings is quite a lot. Just do the exercise of reviewing your rates on a regular basis,” he added.

The investor and his team have identified nine loans that they could shift from variable rates to fixed rates for two to three-year periods.

In order to increase his savings further, Mr Tarrant is also looking to increase the rents on some of his properties and minimise management fees.

Moving forward, the investor plans to reinvest the money into several projects in order to improve the overall cash flow position of his portfolio.

Is it worth it?

While shifting your home loan interest rates from variable to fixed will certainly increase your savings, it also comes with challenges that you should be ready to face.

For Mr Tarrant, fixing his rates means having limited options for capitalising on his properties.

However, the investor believes that the compromise is well worth doing considering the current lending environment as well as his personal financial goals.

While banks might be more willing to negotiate variable rates and principal-and-interest home loans compared to fixed rates and interest-only loans, variable rates are not expected to go down anytime soon, meaning that his repayments are likely to stay the same or go higher.

Since, at this point in his investment journey, Mr Tarrant aims to improve his portfolio’s overall cash flow position, shifting to fixed-rate loans is among the most sensible strategies to implement.

“$25,000 is [a] lot of coin[s] when you look at how much further you could leverage with the same cash flow. It's huge when you look at what that does from a loan repayment point of view as an investor,” Mr Le Quesne highlighted.

Tune in to Phil Tarrant’s portfolio update on The Smart Property Investment Show to know more about the strategies that could help you get a better rate on you loans. Read More
Should you fix your home loan interest rate? 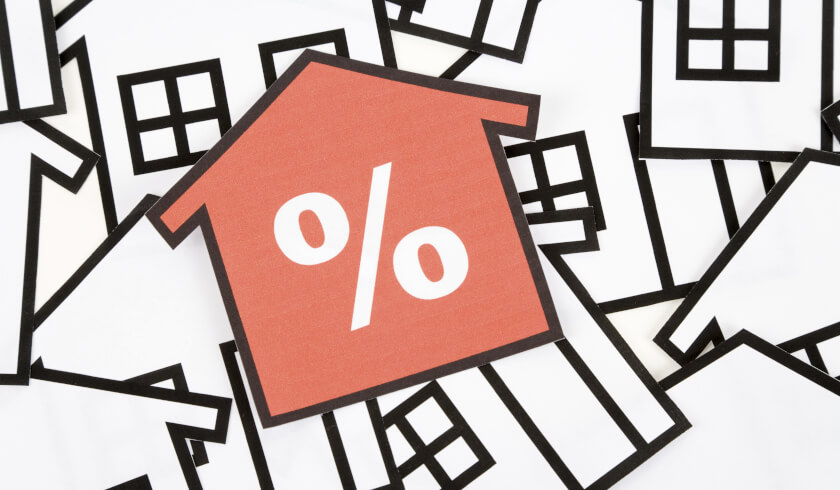 Last Updated: 04 March 2020 Published: 10 July 2018
share the article
BLOG: Why the royal commission could put power back in the hands of property investors
PORTFOLIO UPDATE: A costly oversight on the portfolio