Buyer’s agent and investor Arjun Paliwan did not let COVID-19 stop his wealth-creation journey and went on to purchase his newest property in the middle of a lockdown. Mr Paliwal was holding a 10-strong property portfolio when the lockdowns were implemented across the country as a safety precaution amid the pandemic.

Prior to this, he has bought largely in regional locations, which he believes get inaccurately bad raps as investment locations.

According to him: “When someone thinks regional Australia, a lot of people assume straightaway that the employment is not quite there, the job diversity isn’t quite there, but that’s just not the case with some of these locations.”

For his 11th property, Mr Paliwal invested in the city of Bendigo, located in Victoria, approximately 150 kilometres north west of Melbourne, or a two-hour drive’s worth.

As of 2019, Bendigo was the fourth most populous city in the state.

Mr Paliwal said that, while regional cities are not famous for their population growth, a lot of Bendigo’s sub-markets are actually experiencing growth of up to 2 per cent annually, which is very close to Sydney’s population growth levels.

“Bendigo is very diverse when it comes to its employment, particularly with regards to defense, retail, hospitality. You’ve got manufacturing in some parts as well, as well as agriculture and health with the new hospital. So, it’s such a diverse regional city.”

Further, the infrastructure in the city has also been aiding the growth of housing demand, he noted.

In the suburb he bought in, Kennington, the property market has seen a 25 per cent drop in days on market for houses in just 12 months. Rents have also moved up by 6 per cent during the same time period.

Kennington’s median value has also increased by over 7 per cent the last 12 months, according to Mr Paliwal.

“So, you’re just seeing a market where, considering this odd period of COVID shutdowns and uncertainty, properties have been selling faster, there hasn’t been a whole lot of discounting, places have been renting for more, the stock’s been reducing quite quickly… It’s been a pretty good story.

“It’s got a lot of exciting fundamentals, from those micro data points of a big diversified city and the diversity of a satellite location,” he highlighted.

Mr Paliwal described his 11th real estate asset as “a 1940s bungalow, renovated, re-roofed, re-stumped, with improvements across the inside and outside, across over 400 square metres of land”.

With that type of property, the location was critical to success, according to him.

“This is walking distance to the CBD of Bendigo, the Bendigo markets. Interestingly enough, it’s a very dynamic street.”

“What surprised me the most is the price gaps between properties on that street. Something in the same land easily could sell for $590,000 to $620,000 based on those finishes, then you’ve got the property I secured at $380,000.”

“So, when you see that area where you’ve got this demographic that is just able to pay such extreme gaps in prices because they want to live there, there’s high owner-occupied demand. That was quite appealing to me, especially in terms of the low purchase price.”

Currently renting for $350 a week, the decades-old property has been renovated extensively, with the foundation redone as well.

Naturally, investing in the middle of a pandemic would entail unique risks, which is why Mr Paliwal gave attention to risk mitigation.

During this, one of the most common uncertainties among investors is the rent, especially with borders being shut and people moving back into their homes or buying or building their own houses.

Who’s going to fill that gap?

“We put together a bit of a checklist, with the various indicators from a purchasing level and a rental level. Things like rent-to-income ratios, the proportion of owner-occupiers in the region, the vacancy rate, listings that are on market for more than 21 days or stale listings, inventory level of houses, as well as home sales over the last 12 months.”

“For instance, say there’s 120 sales that occurred in Kennington over the last 12 months. If there’s 10 properties for sale now, that represents one month of inventory. That one month inventory means that if it’s following normal sales volumes trajectories, all 10 properties need to sell for it to meet that 120.”

“But all of a sudden, if you’ve got six months of inventory. If you’ve done 120 transactions over the last 12 months in a suburb and you’ve got 60 hanging around, is that really going to be the safest market to invest in?”

Ultimately, due diligence is most important, particularly around stale rentals, vacancy rates, rental affordability, as well as the level of owner-occupiers and renters in the area.

“All these due diligence points, you have to double down on,” Mr Paliwal said.

“Regardless of where you are in your investment journey, you’ve got to make sure that you are de-risked as much as possible, thinking three, four, five moves ahead. We’re in an environment right now which is really quite uncertain, so you’ve got to play all the different angles and make sure you are prepared should there be changes or potential disruption into the future.”

Tune in to Arjun Paliwal’s episode on The Smart Property Investment Show to find out how he’s navigated the challenge of securing finance in the “new normal”. 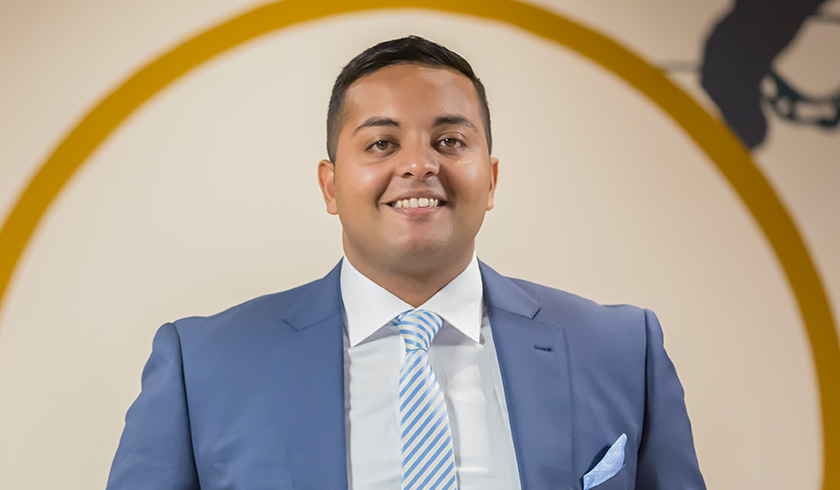