Like most investors, Lorna Wang found herself stuck on the first property for years due to difficulties in financing, but good advice and smart planning led her to three new purchases in just 12 months, across three states. Find out how she did it. Ms Wang started her investment journey at the age of 22 after saving up since she was 15, buying a two-bedroom apartment in Yagoona back in 2014 for $367,000 and renting it out straightaway.

“I just knew the area, and there were lots of young families there. It was obviously within my budget as well, and there were quite a few units for sale around the area, too, especially in Bankstown,” she shared.

Faced with difficulties in borrowing money, she found herself saving up for three to four years for the second property, only to be priced out of Sydney – the place most familiar to her.

Ms Wang was referred to regional markets by a bank after getting pre-approval for her second purchase, but while it was definitely within her budget, she realised that it would be a challenge in terms of doing research and due diligence, especially as she’s working full-time.

Soon after, she was offered a salary increase and went to a mortgage broker to see what her purchasing opportunities are then.

According to her: “I could basically get a two-bedroom unit in Sydney, but at the time, it was just like, ‘Another unit?’ It’s still quite restricted and I just didn’t think that it was really worth it… I’ve been saving for so long and I could almost reach my goal, but it’s not something that I’m super happy with… not the goal I wanted.”

In 2019, five years after her first purchase, Ms Wang connected with buyer’s agent Arjun Paliwal, who encouraged her to explore markets beyond her comfort zone in Sydney, where she lived for almost three decades.

Mr Paliwal said: “Interestingly enough, the market had just started to really pick up across the Western South suburbs, the inner, within 10 kilometres… Lorna was shocked when I said, ‘It's within nine kilometers of the city. It’s minutes away from the beach and the airport, plus we’ll get it for less than $400,000’.”

“Next door, just a couple of months later, a house sold for $420,000, and it was pretty much an identical land size, similar floor plan and probably a little worse in condition. So, that was a good jump.”

One factor they considered was the inventory levels in the suburb, Clovelly Park. During that time, there was five months’ worth of inventory in the suburb and a reasonable number of sales occurring, which ultimately led to a balanced market, according to Mr Paliwal.

“Stocks dropped down to 2.67 per cent since then, which actually correlates with up to 5 per cent growth in the coming six to 12 months... The stock levels have dropped so low that demand is very high.”

As a result, Ms Wang stands to benefit from a rental market that’s up by 8 per cent during the last 12 months, with vacancy rates below 1 per cent, despite the pandemic.

The property’s currently renting for $390 per week, with yield at 5.13 per cent on purchase and, thus, a positive cash flow by almost $6,000, Mr Paliwal noted.

According to Ms Wang: “To be honest, I was nervous buying interstate. I don’t know the suburbs. I don’t know what it’s like. But I guess, I just thought, ‘Why not? What do I have to lose?’ Especially working with someone like Arjun, who’s super passionate about what he’s doing. He’s obviously been through the journey himself as well.”

“The numbers that he gave me, as well as his passion and dedication, just really built my confidence with him. That really helped me place that trust.”

Moving on, Ms Wang and Mr Paliwal jumped onto regional Queensland straightaway, finding her third property in the suburb of Eastern Heights. This time, they started considering land tax and how it could affect the diversification of her portfolio.

Interestingly, they made the purchase around March, just when the COVID lockdowns have started across states and territories.

According to Mr Paliwal, during the time of purchase, multiple tenancy applications all came in straightaway, even amid COVID lockdowns. Over the past 12 months, the suburb has grown by 4.6 per cent in values and rents are up by 6.8 per cent.

“The diversification play was one key part. We wanted to always have affordability, right rent and a market that has that growth potential… That’s what really kept her borrowing capacity ticking along, too – strategising and going, ‘We don’t want to get the two-bedroom unit, sit aside with two properties and have our fingers crossed that it goes up. So, how do we get that same momentum going?’” he said.

Over the past 12 months, the suburb has grown by 9.4 per cent, rents are up 3.2 per cent and vacancy rate is at a healthy 1.3 per cent, according to Mr Paliwal.

“When you look at that all, from a strategy perspective, what we did was simply diversify, stay with houses and go into markets with momentum picking up, as well as keeping it affordable with the right rent. Her borrowing capacity hasn’t really been too shaken up,” Mr Paliwal said.

Ultimately, for Ms Wang, connecting with the right professionals has helped her expand her portfolio and get closer to her investment goal.

Tune in to Lorna Wang and Arjun Paliwal’s episode on The Smart Property Investment Show to know more about how to do research for property investment. 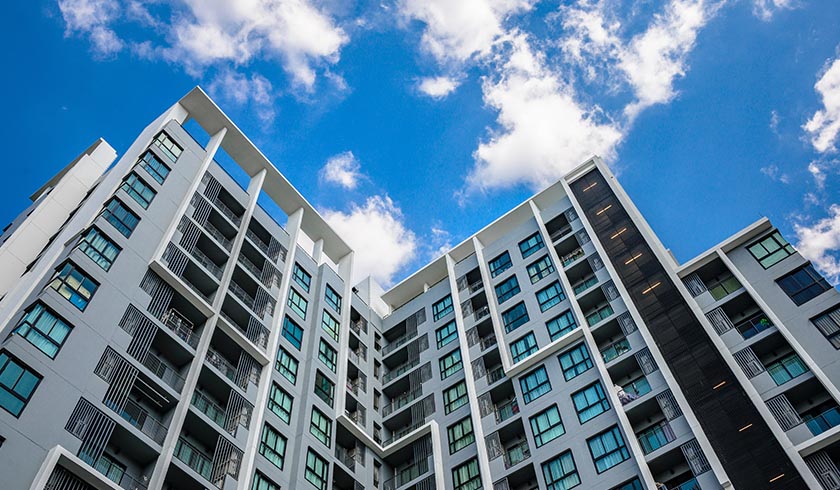