Beauty is in the eye of the beholder. While it may not suit some to relocate to one of the many magnificent regional locations across the country, others couldn’t think of anything worse than being consumed by the daily stresses associated with capital city lifestyle. 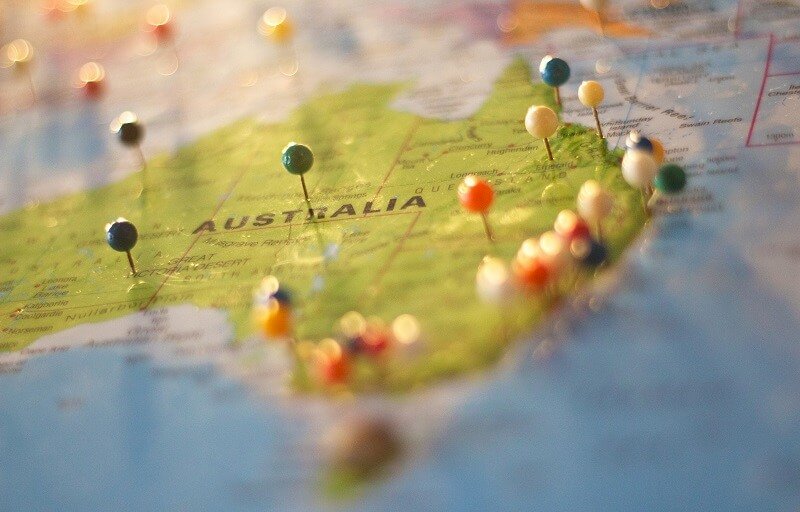 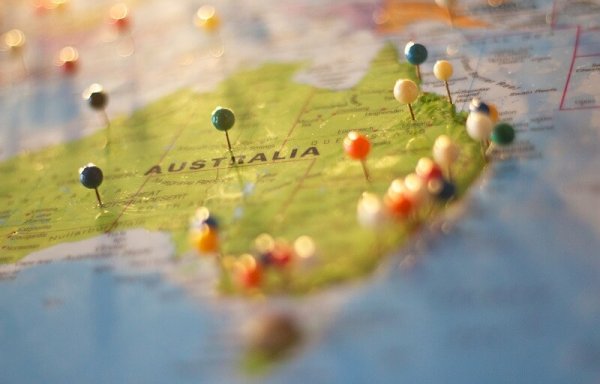 Eight million Australians already elect to live in parts of regional Australia. From a property investor’s perspective, it’s not relevant whether you personally want to live elsewhere but more about appreciating why others do.

A lot of city folks are quick to pass off regional areas as “no-man’s land”, implying there’s not much reason for anybody to live or invest there. But this stereotype is certainly not true. In Australia, we’re lucky to have an abundance of rich regional areas that make ideal locations for people to live, work, play, and invest.

Let’s go over just some of the many benefits of living or investing outside of capital cities.

1. A variety of riches

From beautiful Busselton and Geraldton in the west, to Port Lincoln, Warrnambool, Burnie and Devonport in the south, Coffs Harbour, Gold Coast and Hervey Bay in the east, or Broome, Townsville and Cairns in the tropical north, Australia’s coastline is littered with wonderful seaside locations.

Wagga Wagga, Albury, Wodonga and Singleton offer quality lifestyles and are strong supporters of those employed in industries such as transport, logistics, and our defence force. And, for their rich Australian heritage, let’s not forget Ballarat, Alice Springs and Katherine. 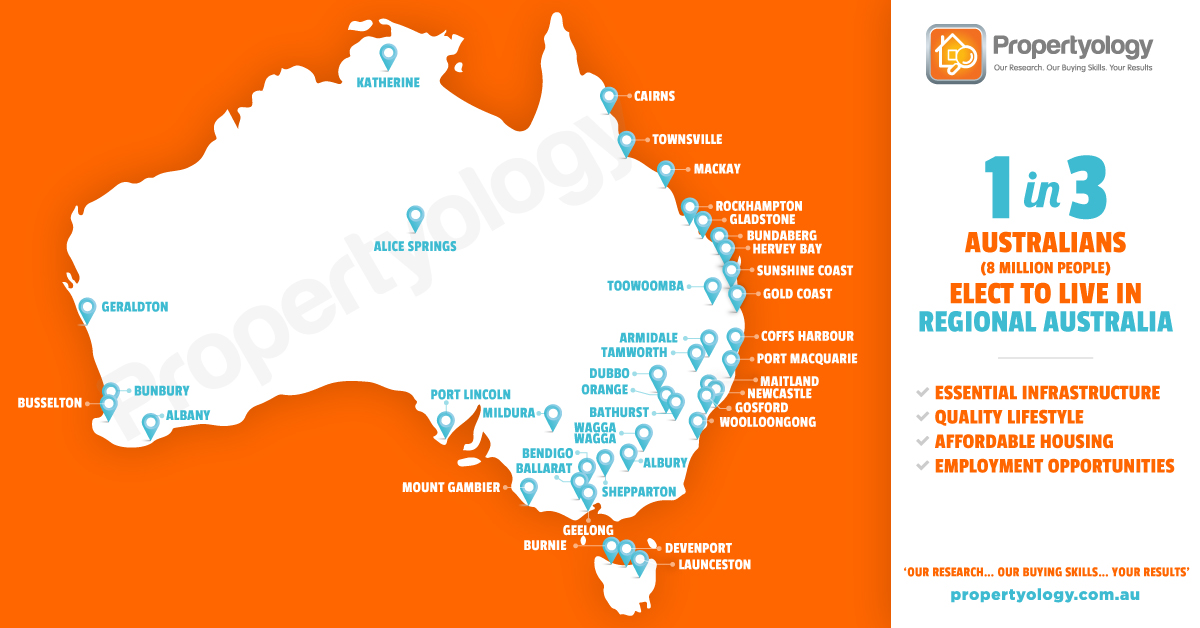 Ah, the classic housing affordability issue. Cost of living in Australia’s biggest cities is increasingly under pressure and official data already shows that people are migrating away from expensive cities. The salary of teachers, police officers, hairdressers, and retail assistants are much the same in regional cities as capital cities however, the cost of housing can be half the price.

It often surprises people to learn that, dollar-for-dollar, the total return on property investment since the turn of the century was higher in numerous regional locations than capital city markets. A typical 3-bedroom house purchased for Propertyology investors costs between $250,000 and $450,000. 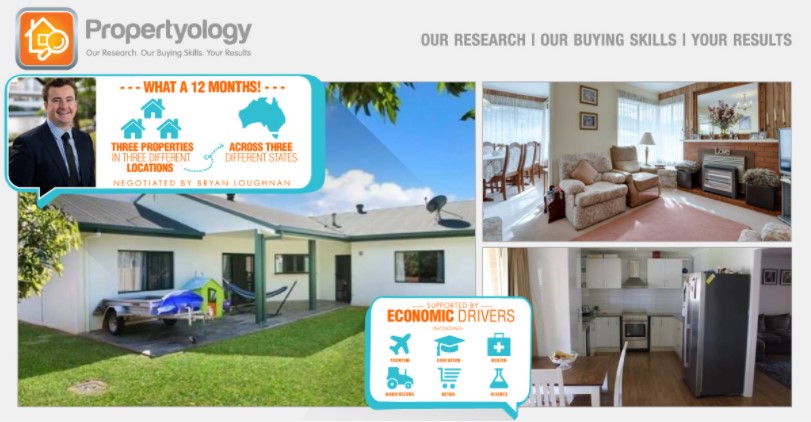 You also get a lot more bang for your buck by going regional. The demand for more dwellings to be built in big cities has meant that heritage houses have been split into duplexes, backyards are smaller, and properties are generally quite tight.

Housing density levels are lower in regional areas. In addition to having more room to run in the backyard, there’s lots of green space within the community, less traffic congestion, and shorter commute times.

4. Get away from the hustle and bustle of the city

Sometimes the fast-paced lifestyle of the city can get to be a bit much. Loud sirens and street lights keeping you up at night, rubbish in gutters, road tolls, parking fines and cockroaches the size of mice, doesn’t rock everyone’s boat. We can’t promise you that you won’t find other critters around your home, but we can assure you that the air will be cleaner, the sky clearer, and parking is generally free.

Parts of regional Australia appeal to those who want to get back to real nature. Imagine being able to walk out your back door and straight onto a bush track for a leisurely afternoon stroll? Or, only the sound of crickets at night while you’re whipping up a BBQ dinner in your backyard and gazing at more stars than you thought existed?

Different parts of regional Australia also open up employment opportunities which might not be possible in capital cities. From tourism-related roles in one of the many unique experiences throughout regional Australia, to specialised research and science roles, jobs in the agricultural sector, advanced manufacturing, or the rebounding mining industry.

High-speed internet is already installed in parts of regional Australia, decreasing the reliance which businesses have on capital cities.

To ease some of the pressure on capital city infrastructure and to encourage more people to take advantage of more affordable regional lifestyles, decentralisation of Australia’s population means expanding employment opportunities.

Some industries provide career development and opportunities for promotion through regional employment. The air force, army, and navy all have significant personnel permanently based throughout the country while doctors, nurses, teachers, and engineers are just a few common occupations with an abundance of regional opportunities.

The Lucky Country is incredibly well placed to prosper from the Asian Century phenomenon. New infrastructure projects and expanding businesses will continue to produce new employment opportunities in the regions. 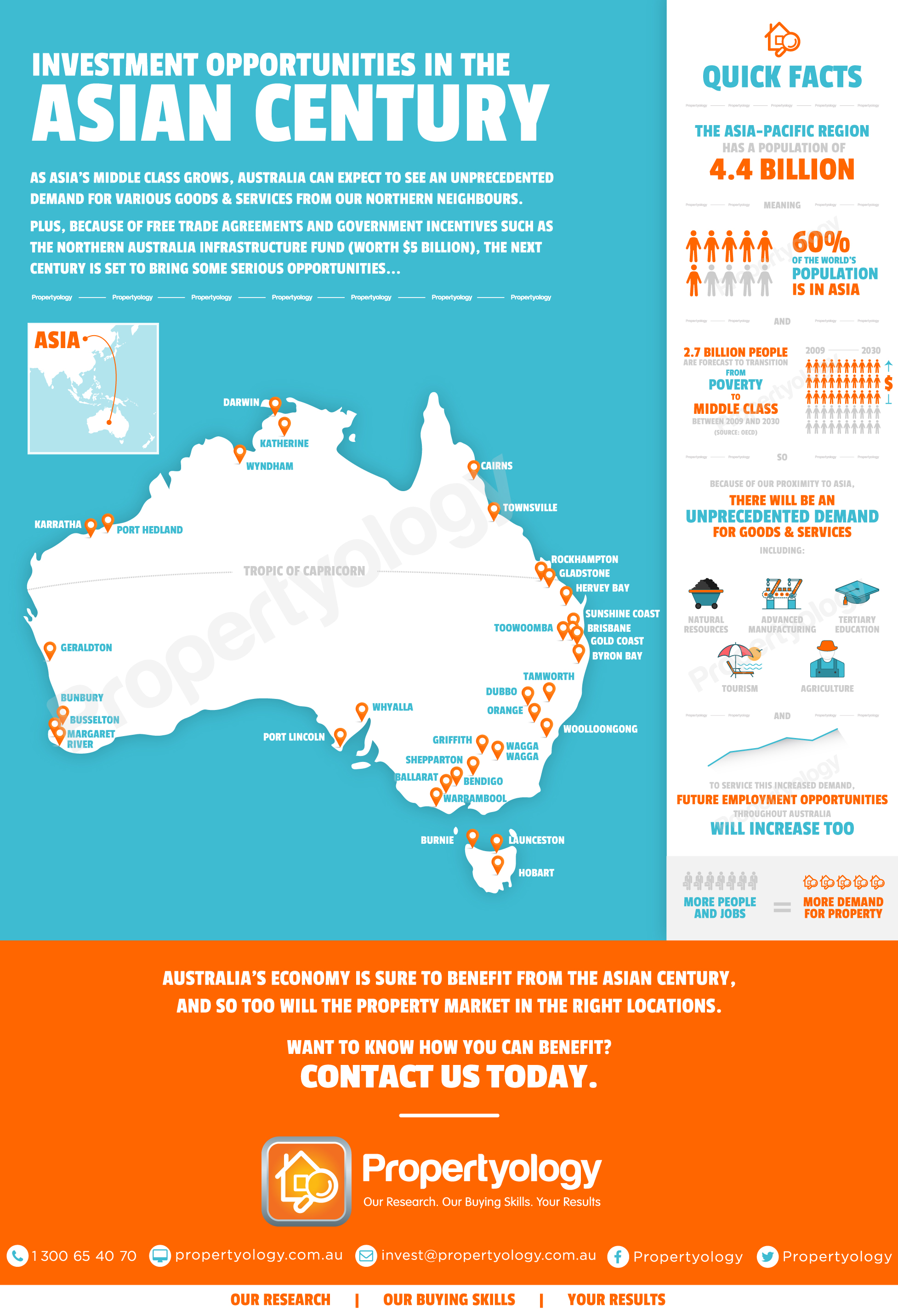 The fact is, there can only be one capital city in each state – everything which is non-capital is regional. But, ‘region’ doesn’t necessarily mean ‘remote’. Spread across Australia’s 8 states and territories are approximately 40 regional locations which are essentially mini capital cities, meaning comparable career path options.

Public schools are well funded so your children’s schooling will be looked after. Not only that, but classes tend to be smaller, meaning that your child will have more one-on-one time with the teacher.

We know you might be thinking, but what about that course in ship repairs that little Johnny wanted to do for his final year of studies? Strong regional cities such as Toowoomba, Dubbo, Orange, Launceston, SunshineSunshine, NSW Sunshine, VIC Coast and Armidale have some of the best tertiary education facilities in Australia. Schools in most other regional locations offer efficient online learning when it comes to electives. Online learning might be tough at times, but it will teach your child perseverance and self-motivation; two vital skills for them to take into their tertiary education.

One of the most underrated joys of regional lifestyles is the strong sense of community. Sporting associations, community groups, and schools are generally very welcoming of newcomers and they provide a fresh perspective and something new and exciting to talk about!

The list of opportunities that living in a regional area provides many Australians is endless. Ditto can be said for the list of reasons to invest!

The Propertyology team study property markets of regional locations and capital cities all over Australia. To discuss how our multi-award-winning service can help you to take advantage of property investment opportunities, contact us today on 1300 65 40 70 or [email protected]. 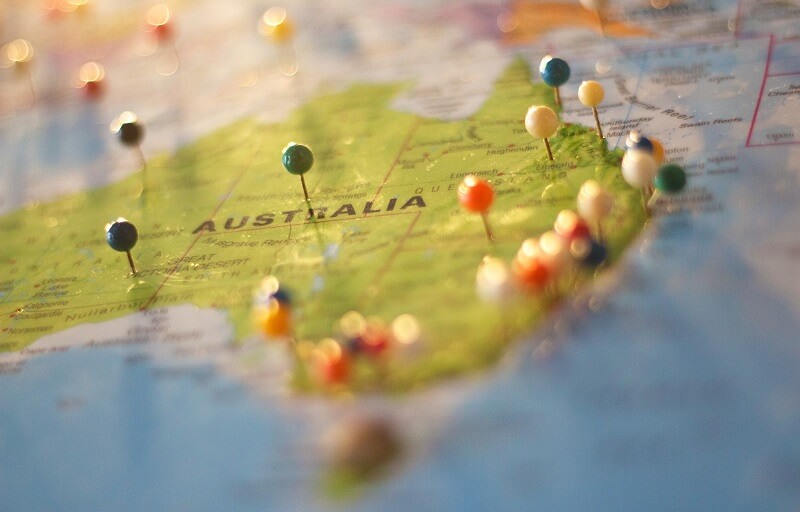 Last Updated: 12 September 2017 Published: 01 September 2017
share the article
Can I still invest with $500k?
How installing rollers shutters on your home will significantly boost its value