Property prices more than doubled in just 5 years in Cairns, Perth, Mackay, Darwin, Margaret River, Hobart and Toowoomba during the 5 years ending December 2007. Over the same time, the median house price in Sydney increased by just 25 per cent while a comparable property in Townsville increased by 150 per cent (that’s 6 times higher). Several regional property markets are set to thrive again!

Property prices more than doubled in just 5 years in Cairns, PerthPerth, TAS Perth, WA, Mackay, Darwin, Margaret River, Hobart and Toowoomba during the 5 years ending December 2007.Over the same time, the median house price in Sydney increased by just 25 per cent while a comparable property in Townsville increased by 150 per cent (that’s 6 times higher). Several regional property markets are set to thrive again!

If there’s one constant among the Australian public when it comes to property markets it’s that people have very short memories.

Make that two constants – they are also short-sighted, believing that the ‘capital’ in ‘capital city’ means higher capital growth.

The 64 per cent property price growth in Sydney and Melbourne’s 50 per cent growth to the 5 years ending December 2017 are dwarfed by the performance of numerous regional locations during a 5-year period that occurred a decade earlier. Property investors would be wise to recognise the staggering numbers in this chart. 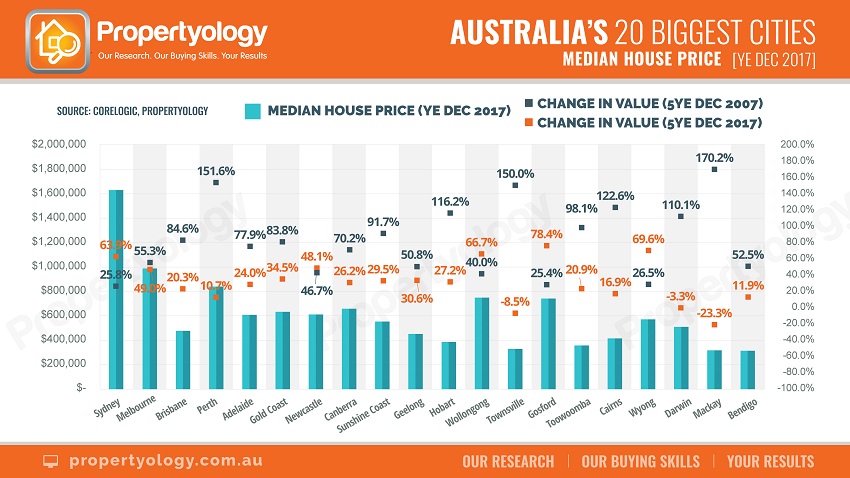 Truth be known that, across the 15-year period since the turn of the century, Australia’s best performed property markets where in parts of regional Australia, not capital cities.

While most of those regional stars have been disappointing over recent years, every market is susceptible to lean periods and strong years. According to Core Logic, the median dwelling value in Australia’s third largest city, Brisbane, increased by a paltry 10.3 per cent over the 10 years ending January 2018. And a typical property in our fourth largest city, Perth, had fallen in value by 6.9 per cent over the same 10-year period. Yuk!

As for the last 5 calendar years, it has largely been a story of 3 cities (Sydney, Melbourne and, more recently, Hobart) with much of the rest of Australia being largely stagnant. The only real exception was a ripple affect that spread 1.5 hours up and down the highway from Sydney to Newcastle and Wollongong.

But the period that was book ended by the (2000) Sydney Olympic Games and the (2008) Global Financial Crisis was extremely prosperous for Australian property markets.

With the same prime minister for 11 years (compared to 5 prime ministers in 6 years 2010-2015), it was a period of significant investment in infrastructure, strong job creation, and consistently falling unemployment rates.

Regional Australia thrived year after year. Tourism, construction, our resources sector,agriculture, and manufacturing were mostly healthy. Stable leadership and planning beyond the next federal or state election meant that our nation kept moving forward, the economy was strong, and confidence (business and consumer) was consistently high. 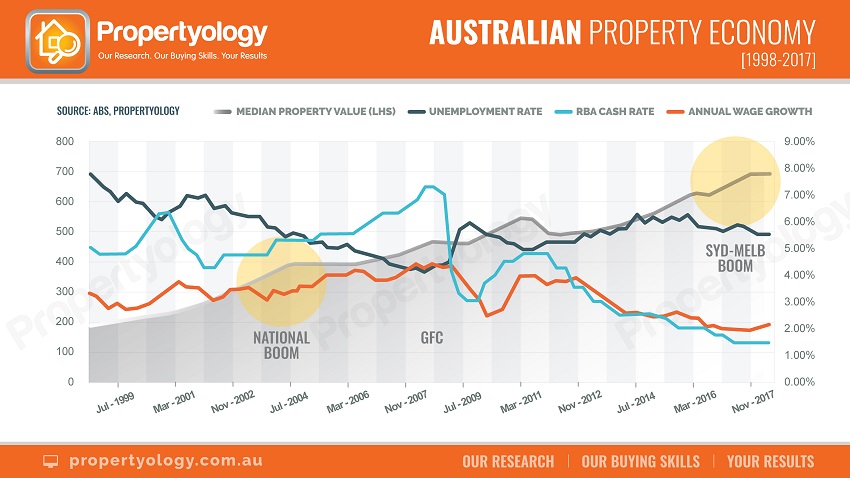 Housing has always been significantly more affordable and lifestyles very appealing in much of regional Australia. But, back then, year after year of strong economic development was the carrot that consistently drew rates of population growth that exceeded capital cities.

Interest rates were double what they are today, but wage growth was steady and credit was readily available. Home owners and property investors made a motza for many years!

Fast forward to today, it’s stating the obvious to say that price growth is now well overdue in large parts of regional Australia. Those who doubt Propertyology’s belief that regions are on the rise might need reminding that it’s not that long ago that the state of Tasmania was in recession – the state’s capital is today the run-away leading property market in all of Australia!

As Australia’s only analyst to pick Hobart’s remarkable rebound, Propertyology has used the same methodology to strategically select a few regional markets for our buyers agents to help people invest in property.

Housing affordability constraints in Sydney and Melbourne are increasingly impacting residents. More people are reluctantly accepting the brutal reality that traffic congestion will only get worse and governments will keep falling further behind in supplying new infrastructure. As the population debate

returns to the national agenda, in excess of 20,000 people are already migrating away from Sydney each year (and growing). For many, their destination of choice has a combination of good lifestyle, a smaller mortgage, and availability of employment.

A significant number of regional locations have recently produced rates of job growth that are superior to capital cities. Their economies are reflecting strong regional tourism, some good infrastructure projects, an exciting outlook for Australian agriculture and advanced manufacturing, and a rebound in (parts of) the mining sector. 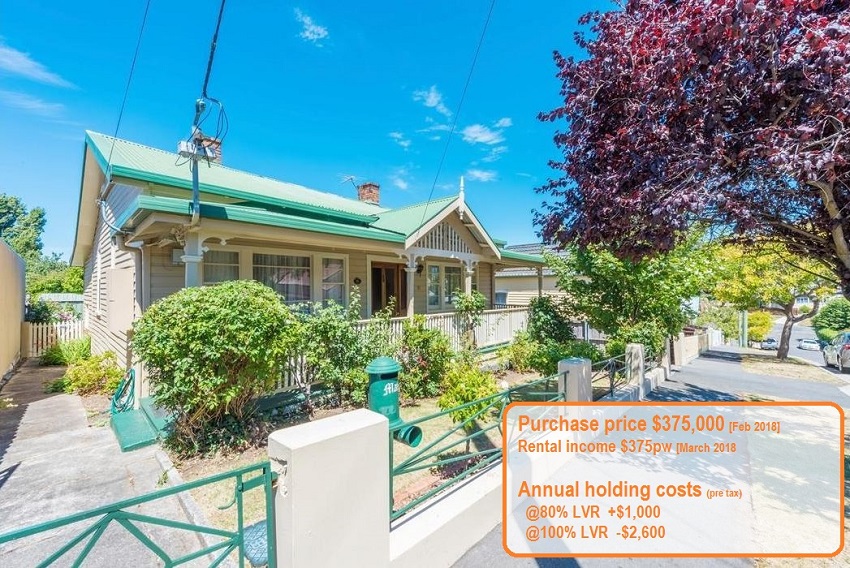 We’ve been following the money trail for a few years. Regions are on the rise!

Sustained job growth within a community puts more money in people’s pockets, attracts new people to a region, and boosts local confidence. It increases the chances of renters becoming home owners, provides home owners with confidence to renovate, increases demand for local goods and services, and gets more people at open homes.

While it is most unlikely that we’ll see property values double in the next 5 years, the potential for some strategically-chosen regional city property markets to outperform most (if not all) capital city markets is well and truly on the cards.

From a vantage point of spending every day analysing every market (capital cities and non-capitals), I personally invested in an exciting regional city as recently as last month. For an affordable purchase price of $375,000, the large 3-bedroom house pictured above is cash flow neutral while the capital growth potential is far superior to capital city markets.

Propertyology is a national property market researcher and buyer’s agency, helping everyday people to invest in strategically-chosen locations all over Australia. The multi-award-winning firm’s success includes being a finalist in the 2017 Telstra Business Awards and 2018 winner of Buyers Agency of the Year in REIQ Awards For Excellence. 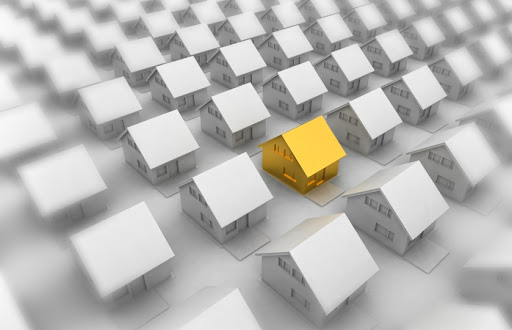 Last Updated: 15 August 2019 Published: 27 March 2018
share the article
Something isn’t adding up with vacancy rates!
How Increasing Your Income is the BEST solution to APRA changes