1,063 people per day: that’s how much Australia’s population grew by during the 2017 financial year. Propertyology has analysed population trends of every location in Australia, including the movement in some exciting locations outside of the 8 capital cities. It’s estimated that the population clock will tick over to 25 million in early July 2018.

Overseas migration accounted for 245,408 (63.2 per cent) of population growth while the remaining 142,716 was natural growth (births minus deaths).

Melbourne’s population is currently growing the fastest. And, we probably already knew that Sydney and Melbourne combined represents 40 per cent of Australia’s total population. But you may not have realised that 38,745 residents relocated away from Sydney over the last 2 years.

It’s not all about capital cities. The population of regional Australia increase by 77,740 people last year – in ONE year!

34 per cent of Australia’s population choose to not live in our 8 capital cities (that’s 1 in 3 people). Across the country, there’s a plethora of regional locations with a stable population base, essential infrastructure, and affordable housing; many play the role of a ‘mini capital city’.

Population in the city councils of 33 regional locations increased at a rate equal to or better than four capital cities, including the hottest property market in Australia for the last two years, Hobart. 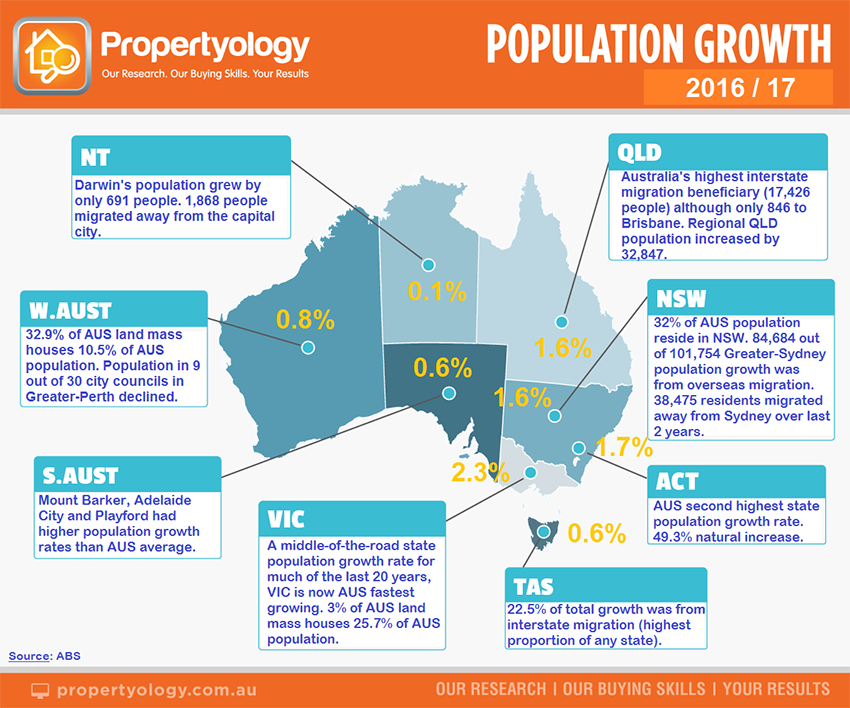 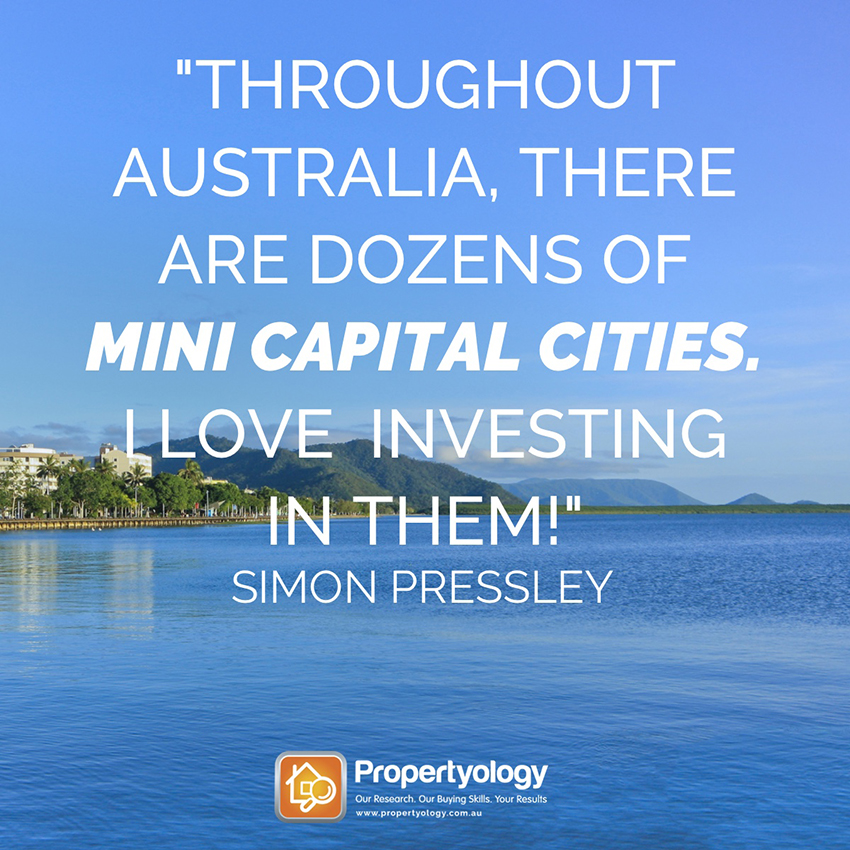 An important word of caution to anyone using population data to help determine where you might invest. Population growth is rear-view-mirror stuff. The latest ABS data covers the 2016/17 financial year which commenced July 2016 (almost 2 years ago).

To help appreciate that there’s other forces at play within property markets, keep in mind that Australia’s 2 cities with the highest population growth right now have recently seen property prices fall. While population growth is a factor, there are numerous other factors.

Job creation is major influence of where population is pulled towards. This changes from year-to-year depending upon which industry sectors are performing well, policies by all levels of government, and major infrastructure projects.

Propertyology is a multi-award-winning buyers agency and national property market research firm. We help everyday people to invest in strategically-chosen locations all over Australia. As the only company in Australia to correctly forecast Hobart’s resurgence before the boom, the firm’s success includes being a finalist in the 2017 Telstra Business Awards and 2018 winner of Buyers Agency of the Year in REIQ Awards For Excellence. Here’s how to contact Propertyology. Promoted by Sullivan Property Consultants We are a boutique property trust manager specialising exclusively in the West... 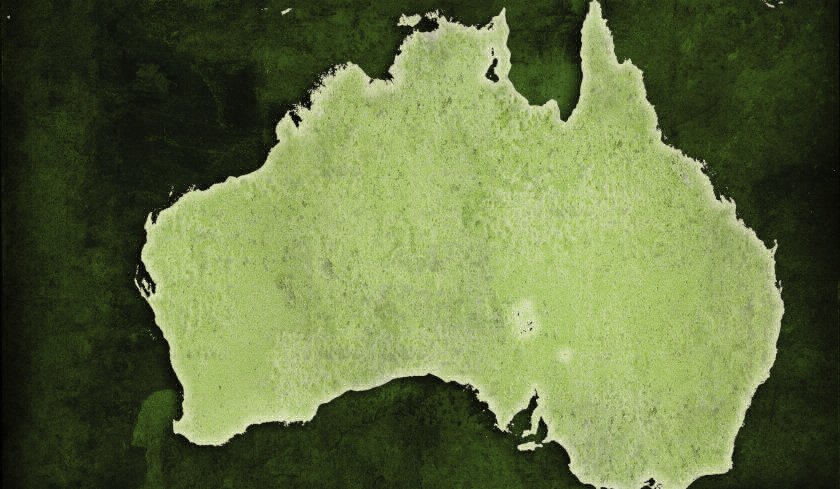 Last Updated: 06 March 2019 Published: 09 August 2018
share the article
Why is investing in commercial property in an SMSF so popular?
Do this one thing before you invest in a commercial SMSF property