I’ll keep saying this until I’m blue in the face: it is always a good time to invest – the important question is not “when” but “where”.

One of the most common questions that we get asked is ‘Is now a good time to invest?’. It’s particularly common during a period of macro-level change and general negativity. The current negative commentary about the Sydney and Melbourne markets is a classic example.

My wife and I practice what we preach. As soon as we can afford to buy another investment property we do so. Our attitude is that we would be foolish to deprive ourselves of the best future possible by complacently thinking that superannuation and aged pensions will provide us with life’s creature comforts.

As recently as February andfor as little as $375,000, webought an investment property in a solid regional city that most investors would never think to consider.

Contrary to sweeping media statements which suggest that property markets are weak, the city which we invested in has a strengthening economy, controlled housing supply, and high local confidence. The property itself is cash flow neutral and has already grown in value by 15 per cent. 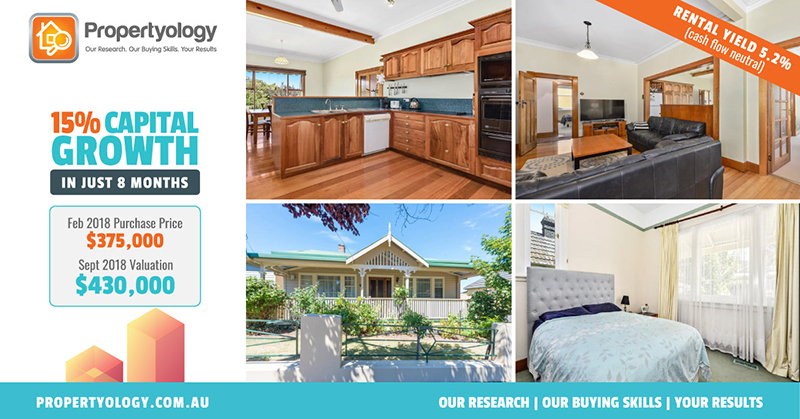 You see, one of the differencesbetween savvy investors and armchair investors is state of mind.

Spread across Australia’s 8 states and territories are 550 city councils (139 in capital cities and 411 throughout regional Australia). Each city has its own market fundamentals so a diverse set of results will be produced each year. The armchair investor gets absorbed in the rhetoric about a handful of those locations whereas the savvy investor analyses the fundamentals of all of the options.

Daily commentary associated with the Banking Royal Commission is another reason for some to question whether now is a good time to invest. The real-life cases that we’re hearing about are terrible, but they also represent less than one per cent of real-life situations.

Australia has long been internationally regarded as having one of the most prudent credit systems in the world.

Well-performed property markets have occurred before amid bigger challenges than a royal commission. A decade ago, we overcame the GFC (arguably the biggest economic downturn that the world has ever seen). And, federal and state governments have changed chairs more frequently than the weather – each time surrounded by their own set of (the-sky-is-falling) circumstances.

It’s important to remember that the world keeps evolving and life goes on. Let’s not forget, property is an essential commodity that everyone always needs - “shelter”.

That means that the fundamentals for investing in Australian real estate continue to be rock solid!

The problem with letting the media noise and general consensus influencing investment decisions is that it often leads to one missing out on great opportunities. Just cast your mind back six or seven years when the post-GFC stimulus package was being wound back, the economy was bleak, and Federal Treasurer Wayne Swan was reminding us every day about our “two-speed economy”.

During 2011 and 2012, Australian locations with mining in their economic profile had strong property markets but,8 out of 8 capital cities declined in value in 2011, and 5 out of 8 declined again in 2012. Back then the theme of the day was “…what a terrible time to invest”.

The fact is, those who made the most money from Sydney and Melbourne’s last boom would have disregarded the noise and purchased before the cycle started, while everyone else was caught up in negativity. 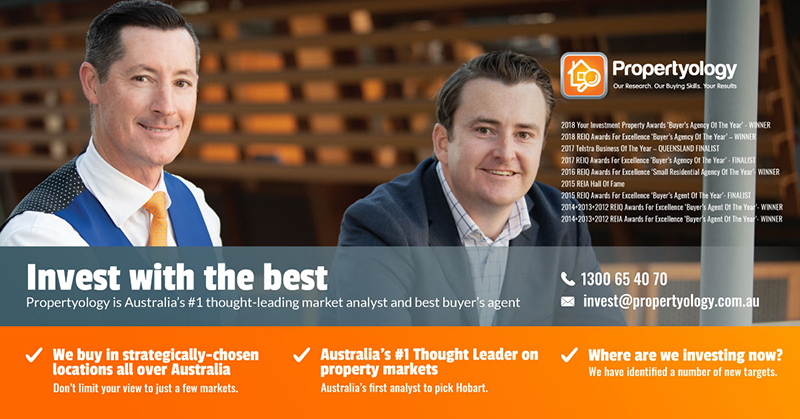 As previously mentioned, Australia is not one big property market moving in a linear direction.

Unfortunately, the media (and plenty of generalists such as economists and banks) don’t fully understand property markets so they make sweeping statements. And, much of the media hoopla tends to only reflect people’s broad views about Sydney and Melbourne.

For what it’s worth, I feel that Sydney and Melbourne still have further to fall, but their local economies are too strong for a crash to occur. Their overall growth since the 2013 commencement of the cycle will still be good.

Hobart remains hot property, PerthPerth, TAS Perth, WA has stablised, Brisbane and Adelaide are yet to start their growth cycle. Then there’s opportunities among the plethora of non-capital city locations that rarely get mentioned, but often perform better than most capitals.

As the history books will now show, the ONLY market in Australia that performed particularly well over the past four to five years and required significant lateral thinking to uncover was Hobart. Sydney, Melbourne and their respective neighbours just up the road where no-brainers, while most of the rest of Australia performed underwhelmingly.

As you would already know, Propertyology was (literally) the only analyst in Australia to pick Hobart and started investing there in mid-2014, before the boom, so that our clients could benefit from 100 per cent of the growth cycle that is still running.

Right now, there are other locations which have just commenced their growth cycle. As previously mentioned, I personally invested in one such location just recently.

The fundamentals of this location right now have a distinct resemblance to what was happening in Hobart back in 2014 – before the sheep discovered that it was a good paddock only because the grass was already growing.

As can be clearly seen in the chart below, the number of properties for sale is continually reducing, buyer activity is accelerating, and the number of days to sell properties has reduced remarkably. 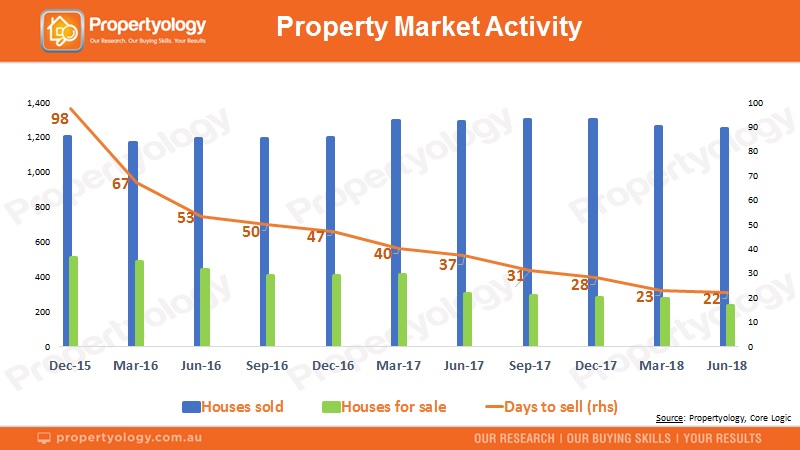 Our buyer’s agents have firsthand experience of regularly seeing multi-offers on properties and prices have started to move north. It's highly likely that property prices will produce double-digit in this first year of its growth cycle. But, by the time you read about it anywhere we will have moved on to other paddocks!

When you feel your decision to do something constructive being influenced by all that negativity in your daily news feed, just ask yourself ‘how many of them are professional property investors?’

Think about it. Sydney, Melbourne and Hobart’s booms each had widespread negativity immediately before they commenced.

If you have adequate financial capacity, the right time to invest is (always) NOW. The important question is ‘where’!

Propertyology helps everyday people to invest in strategically-chosen locations all over Australia. Like to know more? Contact us here. 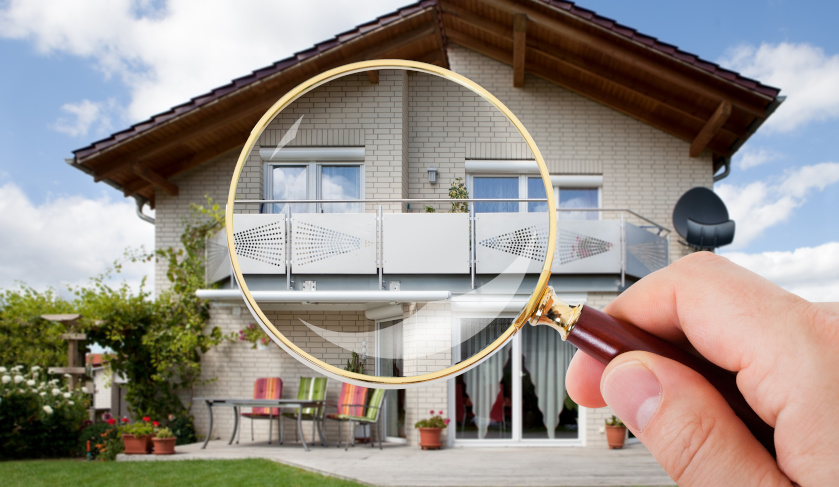 Last Updated: 18 December 2018 Published: 12 October 2018
share the article
Your 90-Day Property Purchase Plan
Is this the right time to fix your home loan?