The lack of a genuine understanding about property market drivers and a distinct lack of imagination to explore opportunities across such a large and diverse country is a constant frustration.

‘All roads lead to Brisbane’: in 2013, after the boom had commenced in Sydney and Melbourne, and (again) now given the underwhelming performance of 7 out of 8 capital cities, this is the common theme among most so-called property experts.

The fundamentals of Brisbane’s property market are solid and Propertyology is currently investing in a couple of pockets. Through analysing the fundamentals of all capital and non-capital city locations across this nation, we see more potential elsewhere.

Let me say this again for the umpteenth time over the last four years. The combined sum of all current property metrics suggest that continued mild price growth is the best that investors can expect from Brisbane in the near term.

Brisbane has been my home town for the last 29 years. If anyone wants Brisbane to perform it’s me. But joining the band of barrackers and wishful thinkers serves no purpose when an objective analysis doesn’t support the hype.

Brisbane’s property market will start to live up to its potential when the Queensland economy significantly improve. The longer that has taken the more I’ve questioned what’s actually being done about it.

A monument comparable to the Statue of Liberty, tourist attractions that people would travel the world to see, a serious marketing plan, and a drive to become a world leader at sports science –Brisbane must be brave, have a bold vision, and invest big bucks or seriously risk becoming irrelevant!

We have to go way back to 2007 for the last time that Brisbane’s property market produced double-digit price growth. Coincidentally, that’s also the year that Peter Beattie retired from his post as State Premier. The man who wanted Queensland to earn a reputation as the ‘Smart State’ is the last Premier to win (and hold) strong majority support. 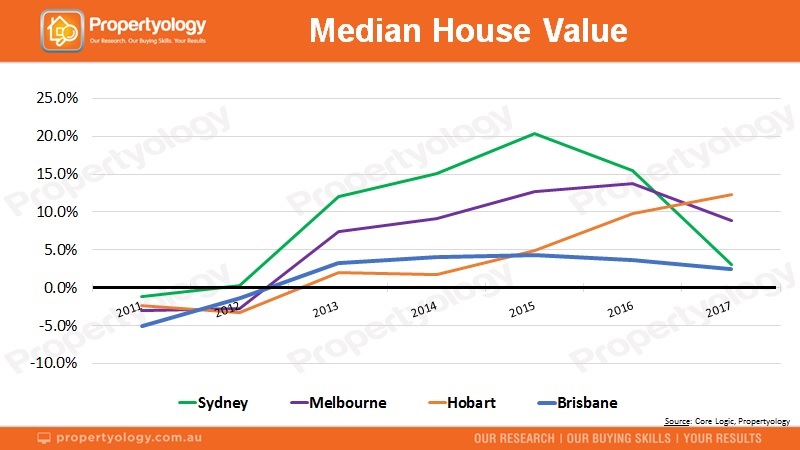 Queensland had four Premiers within ten years. While the parliamentary doors kept revolving, Queensland lost its way. I challenge anyone to tell me Queensland’s vision or long-term aspiration.

Brisbane’s long-running underachieving property market is a reflection ofa city with enormous potential but lacking boldness and a clear direction.

At the core of Brisbane’s under performance is its distinct lack of attractions to draw big crowds. International and domestic tourists – why would they plan a holiday to Brisbane? Similarly, when big business and industry groups are looking to book a conference for thousands of delegates, what puts Brisbane ahead of alternative cities?

Then there’s Brisbane’s sporting venues. Suncorp Stadium is world-class but the Gabba has become so irrelevant that it won’t even host a cricket test this summer. The Gabba is fifth-rate compared to the amazing redeveloped Adelaide Oval, PerthPerth, TAS Perth, WA’s new Optus Stadium, and the recently redesigned Melbourne Cricket Ground and Sydney stadiums. Unlike the Gabba, these venues have become more than just stadiums - they are modern entertainment precincts.

Think about this: what iconic landmarks can Brisbane leverage off to market itself to the world? The Brisbane River is no Sydney Harbour, the Story Bridge is no Golden Gate.

Like most of the 2.33 million residents of Brisbane, I love the weather, the laid-back lifestyle, that you can get from A to B within half an hour, and I value that Brisbane is a safe place. But there are literally dozens of locations in Australia that can also offer that.

Australia’s third largest city has a population half the size of Sydney and Melbourne. Brisbane is fast losing its relevance. Industry, community, and political leaders all need to put their big-boy pants on!

It’s well overdue that Brisbane got bold and began behaving like a world city instead of a big country town. It’s time for the boring bureaucrats to assemble a team of creative minds with a brief that will see Brisbane transformed in to a modern city that sits comfortably alongside Paris, London, Tokyo, New York and Hong Kong. Get bold or get out!

In the hope that the next decade doesn’t become as uninspiring as the last, I’ve gone searching for some music within me and thought I’d share this in the hope that it arouses others.

FROM BORING TO BOLD 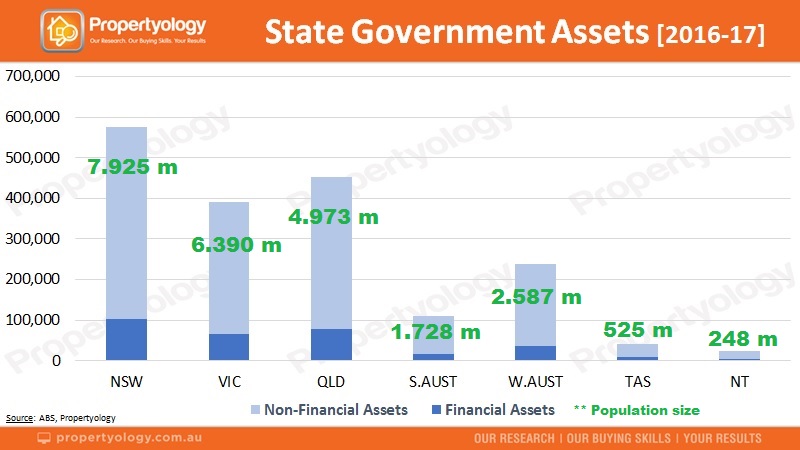 As recently as 200 hundred years ago,the only people who moved to Brisbane were convicts sent from Sydney. These days, thousands of people migrate to Queensland every year by choice. Though now they are not all coming to Brisbane.

Housing affordability pressures are pushing residents out of Sydney and (to a lesser extent) Melbourne however, while the Sunshine State was Australia’s biggest beneficiary of interstate migration last year, the numbers prove that Brisbane is not their destination of choice. Brisbane City Council represents 24 per cent of the state’s total population yet it only attracted 4 per cent of Queensland’s 17,426 interstate migrants in 2017. What does that tell you? 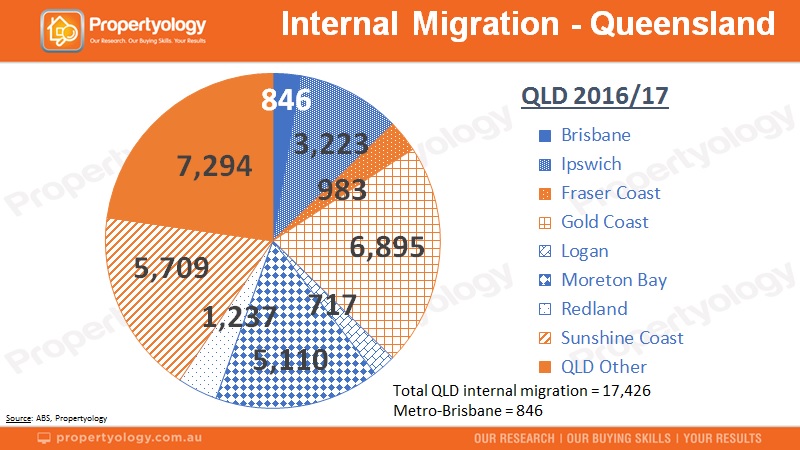 Tourism data is equally disappointing. Since 2012, nations all over the world have benefitted from the biggest tourism boom ever seen and one would think that, with better weather and closer proximity to Asia, Queensland would prosper more than other states. Data from Tourism Research Australia confirms that Brisbane’s 44 per cent increase in international visitor volumes from 2011 to 2017 is significantly lower than Sydney’s (53 per cent) and Melbourne’s (70 per cent). What’s going on, Brisbane? 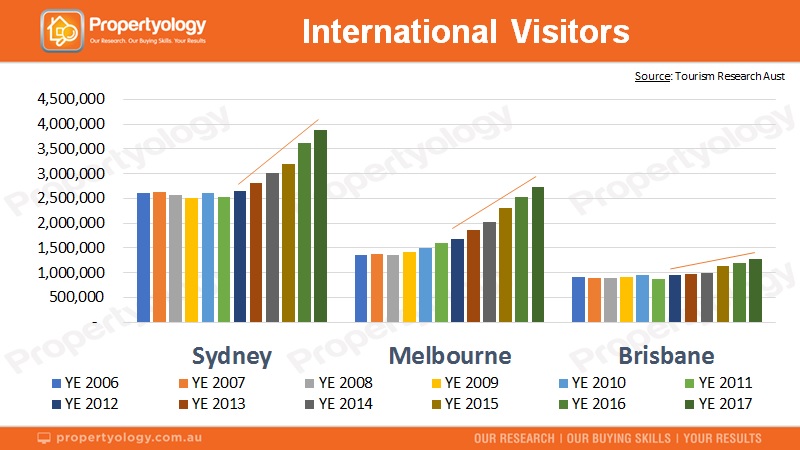 Brisbane City Council, Australia’s largest city council, has a strong Vision Statement but words and actions are different things. Federal, state and local government must all get on the same page.

Like every other city, Brisbane has its liquorish-all-sorts urban renewal projects, but the last ground-breaking transformation completed was Southbankin 1992. Back then, Paul Keating was prime minister, Ansett was Australia’s biggest airline, Telstra was known as ‘Telecom’, and the internet wasn’t mainstream. The world has evolved but not Brisbane.

The Gold Coast and Sunshine Coast have more attractions than Brisbane, their economies and property markets have been stronger recently, and (while their medium house price is actually more expensive than Brisbane) more people are relocating to the coasts than the state capital.

Sydney and Melbourne rolled off 65 per cent and 50 per cent cumulative price growth to the 5-years ending 2017 while Brisbane spluttered along for a decade with the best it could produce in a calendar year being a modest 5.6 per cent back in 2010 (and that was aided by the biggest stimulus package in Australian history).

I’d love to see Brisbane’s property market strengthen considerably. That would mean that the local economy had strengthened, the private sector was creating more jobs, and general consumer confidence was higher.

I've got the music started, is there a genuine political leader out there who has the skill to write the song? It has the potential to be a Number One hit! 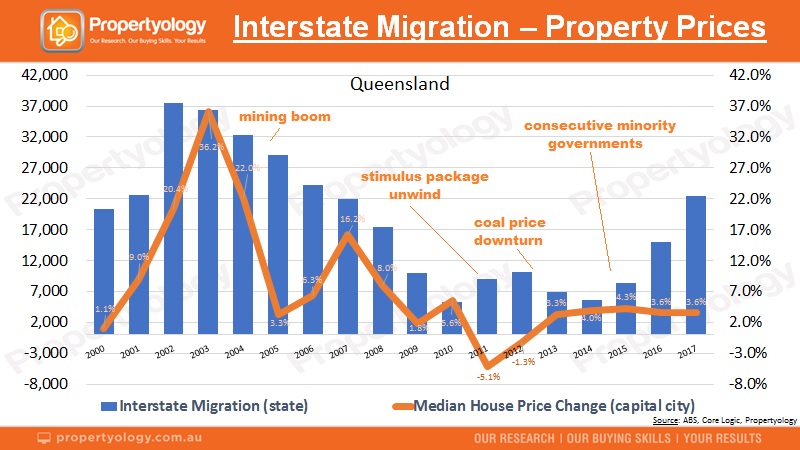 Propertyology is a Brisbane-based buyers agency and (national) property market research firm. We help everyday people to invest in strategically-chosen locations all over Australia. Testament to our multi-award-winning success is Propertyology’s expertise in being the only company in Australia to forecast Hobart’s remarkable resurgence and begin investing there in mid-2014, before the boom. Now, while others fight like seagulls over a chip to get in to that market, our buyer’s agents are actively investing in a few other locations that resemble what Hobart looked like in 2014. Like to know more? Contact us here. 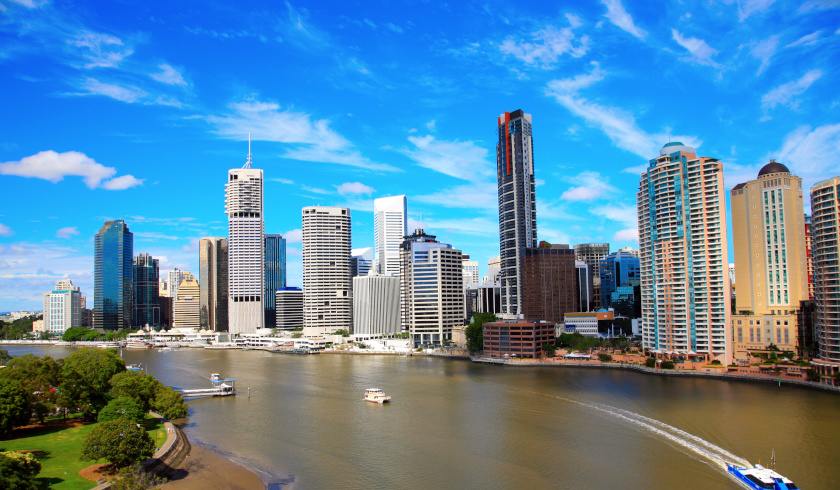 Last Updated: 06 March 2019 Published: 15 November 2018
share the article
What’s next for the property market? Is it a Rental Boom?
If house prices really do fall by 20%… what does that mean from a finance point of view?