Eric Brown has recently decided to explore more sophisticated wealth-creation strategies by developing a multi-unit residential property—a plan that has been in the works until his development application was surprisingly rejected four weeks ago. The property investor bought the double-storey timber warehouse for $1.73 million with the intent of turning it into luxury apartments. He did a series of meetings with the local council, as well as his financial team, in order to ensure that everything’s in its right place when he submits his development application.

However, despite all of his preparations, as well as a pre-approval, his application ended up being rejected by the council.

Aside from the holding costs, Eric has also spent a total of $17,500 for the architect fee, design fee, and consultant fee so that he could revise the reports and paperwork that will support his move to challenge the council’s decision. He has had to extract equity from his principal place of residence and tightened his household budget in order to continue holding the property.

The journey goes on

Despite the challenges that he currently faces, Eric doesn’t plan to sell the investment property, move on, and find another asset.

According to the property investor: “All the way. Home run, man … I’m a fighter.”

“I think I'm in it. [Considering the] amount of money I've spent on it, I think it would be kind of silly to give up ... I'm a glass-half-full type of guy,” he added.

His burning passion for property investment is one of the reasons why Eric remains holding on to the asset. In fact, no matter the hardships he’s encountering, he still finds himself excited about the whole ordeal.

“[It] hasn't broken me yet … I'm ready to keep fighting. I'm still confident that sanity will prevail,” Eric said.

His vision remains: Turn the $1.7 million-warehouse into the “coolest warehouse in Sydney” by building exceptional apartments for young professionals, then pass it on to his children as a generational asset.

Eric’s confidence also stems from the fact that the property’s location is ideal for an investment. Aside from being close to the central business district, Lilyfield’s big blocks of land also attract growing families originally from the Inner West, where the living space isn’t quite enough, and the Eastern suburbs, where the prices have been going up.

He explained: “It's been going on in Lilyfield for quite a time. You can pick up blocks at 300 square metres—a bit more room, a bit more open space. The push is already happening.”

“[People are] looking for other alternate areas that are close to the city with good lifestyle and good amenities.

“There's not too many of them around … They're pretty funky [and] people want them. There's obviously a lot of interest [and] there's a scarcity factor around them. If you do it well enough … people just want to be in that type of space,” the property investor added.

Once the development application is approved, Eric expects to spend another $1 million to $1.2 million to get the construction going.

According to him: “First thing is to get onto a good base rate, then we'll talk about how we're going to finance the construction. Got some irons in the fire with that already [and I’m] positive that once I get it approved … finance of the construction loan won't be a problem.”

Including holding costs and other associated costs to get the property ready for occupancy, Eric expects to spend a total of $3.7 million. The value of the units [is] expected to be at $2.4 million each, based on previous sales of warehouse conversions and Eric’s discussion with property professionals.

He said: “I spoke to a lot of real estate agents and sales agents [and] the consensus is that we build two bigger, better ones. We'll get [an] equivalent amount of money than building three smaller two-bedrooms, so we'll go for … two three-bedrooms … It's [also means] less construction costs.”

His advice to fellow property investors looking to dip their toe into development: Make sure that you’re prepared with contingency plans should anything go wrong. According to him, some things may take longer than expected and governing bodies may change their judgments without notice.

Smart Property Investment’s Phil Tarrant believes that Eric’s journey proved one of the most important lessons in property investment: Development is not for the faint-hearted. Eric has already succeeded in developing properties prior to this project, but he still found himself encountering roadblocks and unexpected major setbacks—proving that there’s no one formula for success in the business of wealth-creation.

“Getting a nice green field block and chucking a couple of townhouses on it is one thing. Trying to redevelop an old warehouse in the city of Sydney is another thing altogether,” Phil concluded.

Tune in to Eric Brown’s episode on The Smart Property Investment Show to know more about the financial and regulatory hurdles he had to overcome, the stresses of purchasing a warehouse and how it changed his life, the back and forth with Council, and banking red tape, as well as his unbroken passion despite the difficulty.

Read More
‘Property development is not for the faint-hearted’ 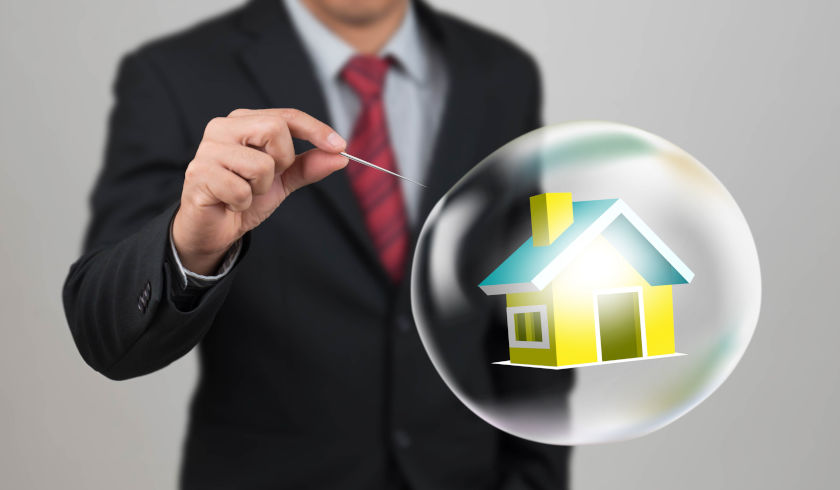 Last Updated: 11 May 2018 Published: 14 February 2018
share the article
Why this property developer refuses to sell a warehouse he can’t build on
Choosing the right architect for your property development project