NSW will need to build one new home for every two that currently exists over the next 40 years, according to the state treasury, with increased supply and an axed stamp duty tipped as the way to tackle housing affordability. The newly launched 2021-22 NSW Intergenerational Report has forecast that 1.7 million homes will be needed by 2060-2061 to support population growth of around 40 per cent to 11.5 million people.

The change would require around 42,000 new homes to be built every year for the coming four decades, which the whitepaper has described as “significant challenge”.

NSW would need to construct enough homes to support access to affordable housing and to ensure the market is flexible enough to respond to people’s needs.

But increasing supply is one solution pitched for combatting rising housing prices, with deposits named as a primary barrier to home ownership.

“Housing deposits have become less affordable over recent decades, with the typical time it takes to save for a home deposit increasing from 6.6 years in 1995-96 to 11.5 years in 2019-29,” the report noted.

“Along with declining workforce participation among younger people, this has contributed to a decline in home ownership rates for all but those aged over 65. If enough new housing is built, the deposit barrier is projected to decline over the coming decades as interest rates increase from record-low levels.”

The time frame for saving a deposit has been extended by the stamp duty obligation. In 1995-96, a median household income took 6.6 years to save for a deposit on a typical home, including 0.7 years (almost eight and a half months) to cover the amount needed for stamp duty.

By 2019-20, home buyers needed to factor in almost two years (1.8 years on average) to pay stamp duty, as house prices escalated at a faster pace than incomes.

NSW home buyers typically need to pay around 4 per cent of the property price, which can translate to more than $40,000 for a median-priced Sydney property.

“Moving away from stamp duty would provide benefits to individuals and the wider economy,” the Intergenerational Report stated. Such benefits listed include increased labour mobility for home owners, which could result in boosted productivity, workforce participation and lower unemployment.

But the deposit barrier is tipped to fall. By 2060-61, the NSW government has projected that home buyers will need to save for around 10 years for deposits, in contrast to today’s 11.5 years.

By 2019-20, the mortgage repayments declined to 33 per cent of household income. The discounted variable mortgage rate also declined over the same period, from 10.2 per cent to 4.1 per cent.

While home ownership is the main source of wealth for NSW households, comprising 57 per cent of average net wealth (assets minus debts), the rate of ownership has declined among each generation, since the Baby Boomers.

“If the trends of the past four decades were to continue over the next four, the home ownership rate would decline from 66 per cent today to 58 per cent by 2060-61,” the report said.

In the short term, housing construction is expected to slow since border closures have dampened population growth and economic activity – but the report has tipped it will bounce back.

Around 86 per cent of NSW’s population growth is expected to occur in Greater Sydney over the next two decades, while Newcastle, Wollongong, the Central Coast and Lake Macquarie are forecast to see a further 8 per cent.

The report has also tipped that one-third of the new housing will be apartments, as the number of people per household declines and the amount of undeveloped land in cities becomes scarcer. Currently, one-fifth of NSW’s homes are apartments.

The average number of people per household is expected to sink to 2.3, from the current 2.5, with an ageing population, declining fertility rates and increasing household income to drive more individuals to live by themselves and fewer families to have children. 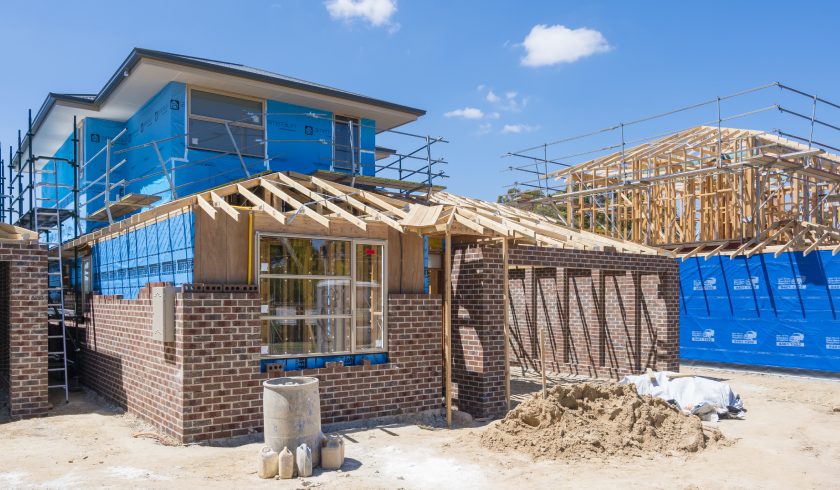