The housing measure provided positives in the short term, but a new report has warned it escalated prices and placed lingering pressures on the building sector. Among income and business support measures, as well as rental affordability and social housing, AHURI has examined HomeBuilder.

The program, which ran from June 2020 to March 2021 awarded $25,000 grants (or $15,000 in the later stages) to owner-occupiers who were either building a new home, renovating an existing home or buying a new home, or off the plan.

Across Australia, there were 121,363 applications for HomeBuilder, which comprised 99,253 new homes and 22,110 substantial renovations.

While applications for HomeBuilder are now closed, there is still a pipeline of construction work stemming from it.

During the pandemic, first home buyers could access grant payments, stamp duty relief and other incentives that stacked up to more than $50,000 in some states, the report stated.

In Tasmania and Western Australia for example, the state governments introduced an additional $20,000 home-building grant that complemented the HomeBuilder scheme.

AHURI has praised the government’s home-ownership interventions, which drove stimulus to the residential building sector.

A panel of 10 housing and finance industry representatives had been largely supportive of the programs, as they quickly stimulated the sector and protected jobs. One banking representative was quoted as calling them a “shot in the arm” that gave good lending outcomes.

But HomeBuilder was also criticised.

“The effects of bring-forward demand, coupled with labour and material shortages, have contributed to price escalation, while creating the conditions for a sudden decline in new housing construction as the incentives wind down,” the report said.

“While the short-term impacts of home ownership interventions in relation to COVID-19 have been positive, there may be negative medium-term implications for the construction industry.”

New dwelling approvals had risen sharply after HomeBuilder was introduced, only to wind down as the program ended. Approvals sank by almost 25 per cent between March and July 2021.

According to the government, the decline in new approvals is expected to continue into 2022-23, reflecting an outcome of HomeBuilder and other grants bringing forward demand from buyers who would have otherwise built later.

Total dwelling investment had also grown at the fastest pace in five years during the December quarter of 2020, driven by the flurry of construction activity for new homes and renovations.

Renovation work jumped by almost 43 per cent between June 2020 and March 2021, as there were 22,110 HomeBuilder applications lodged for renovations.

“Pulling forward market demand inevitably leaves a demand gap once grants are no longer available, resulting in a reduction in future building activity and problems for the construction industry,” the report said.

“Governments can anticipate these supply patterns and increase public sector building activity during these periods to mitigate the impact on industry.”

‘We’ve got frames sitting, but we’ve got no roofs’

The design of HomeBuilder was criticised by the industry panel due to its time frames, which placed pressure on builders, as well as its eligibility criteria, which skewed demand to detached dwellings.

As one industry representative told AHURI, apartments tend to have a three to five-year inception to delivery time frame, which wasn’t suited to the initial six-month commencement requirement for projects under HomeBuilder. The government eventually extended the requirement to 18 months.

Meanwhile, the new supply of other dwelling types continued on a downward trend, since peaking in 2018.

As a result, material and labour shortages resulted in some states, build costs increased sharply and the time frame for projects blew out.

“I think we would have liked to have seen a quicker reaction [from government],” a peak body representative told AHURI.

A banking representative added that the “downflow impact” is now evident, as people have commenced projects, but there are no materials.

“We’ve got frames sitting, but we’ve got no roofs. And the level of panic or tension for the consumer now is just increasing as their build either hasn’t started at all and doesn’t have a start date, or it may have started but it’s now stagnated based on resources,” they said.

Another finance representative noted: “It came in fast and furious, but it came in with zero consultation between the federal and state government. So why does that matter? It means you had a policy in place that wasn’t ready to be implemented.

“So you saw lots of issues happening behind closed doors, especially with the banking sector, because the way it was designed meant that we couldn’t accept HomeBuilder as part of people’s deposits.”

The report suggested that greater collaboration with industry during the policy-setting stage could have avoided some of the supply and cost issues and spread the development activity over a longer period.

As such, subsequent conversations with industry did see changes to the commercial requirements.

“Co-design of stimulus schemes from the outset could have avoided major timeframe issues, produced a more accurate assessment of scheme demand and delivered policy settings that benefited a broader cross section of the construction industry and not just those specialising in land and detached dwelling products,” the report affirmed.

Meanwhile, the mortgage relief program that was implemented by the banking sector had supported around 480,000 mortgages and was commended by the industry panel. 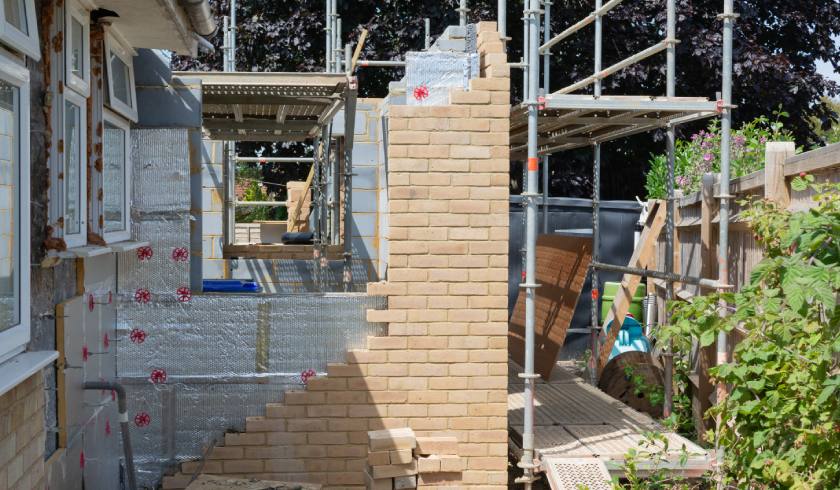