An influx of renters scrambling to secure accommodation to start the New Year has seen a fall in vacancy rates across all capital cities, according to new data. Figures released by SQM Research this week revealed the number of residential vacancies fell nationally from 2.6 per cent in December 2014 to 2.3 per cent in January 2015.

“Over the month, vacancy rates fell the most in the big population centres of Melbourne, Brisbane, Canberra and Sydney as workers and students sought accommodation after the summer break,” he said.

Darwin experienced the biggest jump, with the annual vacancy rate increasing from 1.5 per cent to 3.3 per cent.

Next was PerthPerth, TAS Perth, WA, where the vacancy rate rose from 1.9 per cent to 2.6 per cent.

Sydney and Adelaide both reported increases of 0.1 percentage points, to 1.8 per cent and 1.6 per cent respectively.

Brisbane remained steady at 2.4 per cent, while the other three capitals experienced declines in vacancy rates.

Mr Christopher said vacancy rates in Darwin and Perth will likely continue to rise in 2015 as the mining sector continues to contract given falling commodity prices and sluggish global growth.

He also said that Hobart’s declining vacancy rate reflects a stronger economy which has been boosted by tourism and a lower Australian dollar. Rental affordability has become a major issue for Australians over the past two years, and a new report suggests that it... 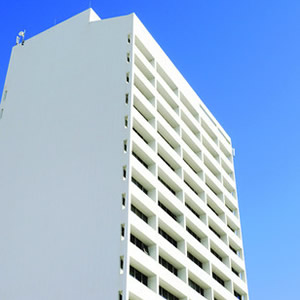