Malicious damage by tenants on the rise

Landlords in one state are increasingly making insurance claims for damage done to their properties by their tenants. 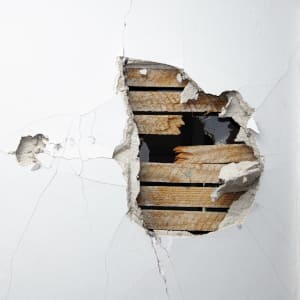 New figures from Victoria’s RACV Insurance show there was an increase in landlord insurance claims relating to storms, malicious damage by tenants, escape of water, impact of vehicle, fire and broken glass.

The number of claims relating to rental default, leave without notice and burglary fell.

The local government area of Brimbank had the most landlord insurance claims in Victoria at 365 – more than twice that of Casey and Melton, which came in at second and third place.

Throughout Victoria the most common claim was storm damage, which climbed by more than 50 per cent.

“A large proportion of the claims were a result of the severe winds that left a trail of destruction when Melbourne recorded the strongest winds for nearly 30 years during the spring of 2013,” Mr Northey said. “It certainly shows the benefit of having appropriate insurance against emergencies.”

The data also showed there was a 21 per cent rise in claims for water damage caused by leakage and overflows.

Mr Northey said the figures reinforce the need for landlords to protect their investment by having the right type of policy in place. He urged them to double-check exactly what they are covered for.

“This is especially important as we see more and more people investing in property,” he said.

“In addition to tenants causing damage, landlords should also consider the cost of natural disasters such as storms, floods and fires, and how a lack of adequate insurance cover could seriously impact their investment return.”

Read More
Malicious damage by tenants on the rise