The Westpac Renovation Report, compiled by CoreLogic RP Data and Sweeney Research, records trends for the 12 months to August 2014.

Against the backdrop of rising house prices, residential alteration and addition projects have more than doubled – increasing by 147 per cent since August 2010.

This is a stark turnaround from the period between 2002 and 2009, when renovations noticeably declined.

The report shows the value of household renovations has also risen, with $600 million in approved residential renovations and conversions in August 2014 – up 40 per cent from the low point in December last year.

Sydney's upmarket Mosman led the way, recording more than $76 million in renovation approvals. Owners in regional Australia are also embracing the trend, with Victoria's Point Nepean region reporting more than $41 million in approvals over the past year.

A majority of renovators still finance their home improvements through savings (64 per cent), but more than one in four (26 per cent of those aged 18-54) are choosing to finance their renovations by increasing the size of their home loan, the report said.

The report was compiled on the back of a survey of 700 Australians who own property and have spent more than $10,000 on renovations in the past 24 months, and property-owners intending to spend $10,000-plus on renovations over the next 12 months.

CoreLogic RP Data also compiled dwelling approvals data from 2004 to present from the Australian Bureau of Statistics, using projects where the value of work done was at least $10,000. Buying a fixer-upper home can be a profitable way for first-time property investors to get into the real estate market, ...

Everyone knows Australia’s property market is going up, but what does that mean for renovators? ... Read More
Renovations on the rise 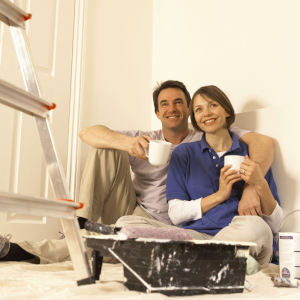