In the wake of a horrendous season for natural disasters and Australia’s increasing focus on climate change, a nearly 40-year-old German energy efficiency standard is starting to gain traction in Australian property.

A “passive house” is a standard of housing that was born out of European research that was looking for ways to make property healthier, more resilient and less reliant on energy to maintain constant and comfortable temperatures.

Michael Drage is a Canberra-based certified passive house and sustainable building designer, who has outlined to Smart Property Investment exactly what it takes for a house to be considered “passive” as well as some of the benefits it can bring to investors who go down this route.

“The basis of what a passive house actually is, is a house that is sealed up with really good insulation and really good windows,” he outlined.

It’s airtight “so that you effectively — almost like an esky — keep the heat in or the cold out, depending on which way you are trying to sort it out”.

In effect, passive houses can maintain temperatures “all the way through the year, of somewhere between 21 and 24 degrees”, Mr Drage explained, all while using 80 to 90 per cent less energy.

While it does require adherence to certain principles of passive house design, extra planning and insight from a professional, there are a number of reasons why the passive house designer is an advocate for the way of thinking, least of which is for the return on investment that passive houses can provide.

What are the possible returns for investors?

According to the passive house designer, there are a number of things that point to a boosted return on investment for individuals who do choose this route of sustainability.

Firstly, Mr Drage said: “The reality is you’ll be able to charge a higher rent, because the energy usage for the renter will be at a lower rate. Therefore, when you are looking at parity for the renter as to how much it costs them to be in the house, they can afford to pay a little bit more rent.”

Another reason for the likely bump in rent is that “they are actually nicer places to live in”.

“It’s a lovely environment,” he said.

“It’s much healthier because you’ve got less exchange of air, you’ve got much more control over things, you’re not going hot and then cold, you’re not having these big temperature variants.

“You can walk around in shorts and T-shirts pretty much all year.”

From a value point of view, there are also perceived benefits.

Data from the region has shown how houses that have been built to higher energy efficiency ratings have been getting a 9.3 per cent to 10 per cent increase in value over their non-sustainable equivalents.

“So, it used to be that whatever you put into the original build, you would get it back in operational costs,” he said.

“Now, you are getting both operational costs and a capital return as well.”

Given the attention being paid to climate change going forward, Mr Drage considered that “it’s only going to become more and more the case with capital value going up”.

So, what does it cost?

Like any development, the designer said it’s easiest to start from scratch when planning a passive house build, “because then you can actually do all the planning”.

“You spend more time upfront doing the design work so that when the builders actually get in and build it as it is meant to be, the building is actually done the right way.”

While retrofitting is possible, Mr Drage acknowledged it’s “like any renovation — if you go to renovate any house, you just don’t know what’s under the skin until you open it up”.

So, if you have a relatively well-built building then retrofitting can be done quite economically, since you are going to have that cost anyway, whatever renovation you choose to do.

According to Mr Drage, the choice to go passive — in Australia at least — adds “about a 10 to 15 per cent premium to your normal building costs”.

“However, you’d save that very quickly in the energy savings that you have as well as the health benefits from not having the airconditioning on all the time,” he said.

“It ends up paying itself back very, very quickly.”

In Europe, and even China, “you can actually build them at the same price”, he flagged.

“That comes down to scale and adoption,” the designer noted.

Mr Drage highlighted the example of ExeterExeter, TAS Exeter, SA City Council in the UK, which is now building all of its council flats to passive house standards. 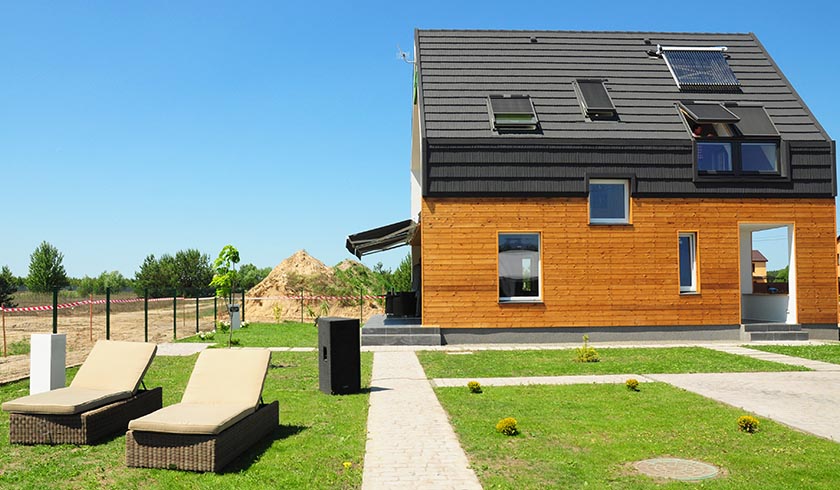