New data reveals SA hotspots
A new technique to find growth spots has highlighted a number of SA suburbs, according to experts.

“With three million people visiting our site each month, our robust data shows where people are looking to buy. These suburbs indicate a high level of competition at a listing level, which generally translates to increased participation in the market, down the track,” Mr Charlaftis said.

The listings’ viewing statistics show correlations between demand and supply.

Adelaide may miss out in 2013
Over the next year, the market is most likely to be flat, but savvy investors should see some capital gains, according to RP Data’s Property Pulse.

The Property Pulse report for 2012 predicted a varied performance over 2013, requiring investors to be even more diligent with their choices.

Adelaide was one of the few capitals in mainland Australia not expecting an upturn, and with a subdued rental market. Melbourne is likely to remain weak also.

“The number of properties being advertised for sale across Melbourne has ramped up very quickly; new listings have remained fairly constant and the total number of homes available for sale simply hasn’t been absorbed, due to a slowing rate of sale,” the report stated. 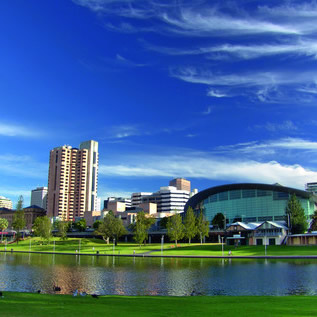