In the first part of this article we looked briefly at the history of changes to Australian macro economic policy over the past 50 years, as well as those made by some of our trading partners overseas and touched on why those decisions were taken.

Now we're going to have a closer look at some of the resultant effects on Australia's economic cycle (hence Property cycle) of those changes.

What has been the result?

So what have all the changes made in such far flung places such as New York, London & Beijing got to do with Australian property cycles you ask?

A lot I contend.  In a word it's globalisation.

Whilst our Government's policies have inoculated us to some extent they can no longer isolate us totally.

In fact I would contend that our Government's control over what's happening in our financial markets is diminishing and will continue to do so under our current geo-political settings, supported by both major political parties in this country.

So, once again, what has the extremely high crime rate in the Mexican border town of Ciudad Juarez, or the loss of prime Argentinean beef growing country to growing Soya beans got to do with Australian property cycles?  In two words it's 'free trade' and in another word it's China.

China's recent and extremely rapid emergence from being an under developed country on the path to a market economy has had a massive effect on many countries around the world including ours.

To give you an idea of the speed of that growth relative to Australia, in 1990 Australia's GDP was approximately 75% of China's yet over the next 15 years, even though our GDP had doubled our GDP was just one sixth the size of China's by 2005.

In many countries whole industries have been decimated by China's emergence  as a manufacturing powerhouse, taking their export markets leading to massive unemployment and civil unrest such as has happened in Mexico.

Many of these countries have not the good fortune that Australia enjoys, viz. having large quantities of commodities that China wants or needs such as iron ore & coal.

Who can forget the recent turmoil in Greece with cars and buildings being trashed and set alight during street riots?

There are more people employed worldwide today than there were 10 years ago but the net increase in that number is accounted for by the growth that has occurred in China or more specifically on China's east coast which has become the world's factory.

This part of China has seen the migration of well over 200 million Chinese people from rural areas to the west. The bulk of these people have gone from being subsistence farmers to factory workers whose dependence on buying their food as opposed to growing it themselves has for instance had a major effect in world food prices such as Soya beans, a primary ingredient in cattle feed.

This has led to large tracts of Argentinean beef country being turned over to Soya Bean production which in turn has led to shortages of beef producing land, resulting in less beef, a very important component of the Argentine diet, being produced & higher prices for beef in the local market.

If it were a country this part of China would be one of the world's most populous. Which begs the question: What about the other billion or so Chinese?

So what you might say! Well, being our largest trading partner these days & the worlds 2nd largest economy after the USA but rapidly catching up, changes in the Chinese economy will have massive implications to what happens here.

And changes there will be, as heralded by the recent once in 10 years change of government there and our Prime Minister's much publicised recent visit.

This may seem like stating the obvious but it's not only the obvious changes or differences that effect us and our economic cycles as you will see.

The effect of structural distortions

So, in short the world has seen major changes over the past 10 - 15 years that have influenced our economy and therefore property cycles here. They continue to do so. They will continue to do so further. The China story is just one of them.

The European Union, so hastily clobbered together with structural & systemic distortions is another.

These issues will take considerable time to sort out and have the potential to send world markets on a roller coaster ride in the mean time.

It's not just Europe that has structural distortions however. There are many examples as one would, or rather should, expect with such major changes.

For instance the average Chinese has no safety net, no Government subsidised social benefits such as unemployment, sickness, or mandated employment injury / accident cover as exists in developed western economies.

This has led to them having to save a very large proportion of their income, some 30% +. Those savings are for the most part held in Government owned banks, (one sector of the Chinese economy that was not privatised), that pay very low interest by our standards.
We're talking huge amounts of money here.

It was this money that found it's way into the worlds financial & banking systems, most particularly the USA's but also Europe's especially from 2000 onwards, and which became a flood after 2002 after China was admitted to the World Trade Organisation (WTO).
It was this flood of cheap money that in large part led to the ensuing credit bubble that in turn led to huge asset inflation worldwide in countries with well developed banking and financial systems.

Those assets included US real estate as well as Australian property and property in Europe and other parts of the world.

So, just as predicted in our property cycle clock, a large and readily available supply of cheap money led to asset inflation. And it wasn't just real estate.

In Europe, the EC had it's own version of the sub prime loan crisis, arguably harder to solve than the US's.

The advent of the Euro allowed the major banks of the wealthy productive countries such as England France & Germany to lend to their poorer, less competitive southern neighbours in both the private & sovereign sectors.

These countries were now experiencing interest rates way less than half what they had previously been, coupled with a massive increase in the availability of money. Masked by a currency, the Euro, that was too strong for their less developed economies (and still is despite substantial devaluation), their spending power was totally overstated.

But spend they did, racking up huge debts which they can barely service let alone repay, particularly at the higher & more differentiated market dictated bond rates that have emerged since the GFC.

Any student of investment cycles would probably be familiar with the 'investment clock', sometimes called the 'Property Clock' which depicts the different stages in the investment cycle as a 12 hour clock, with 12 o'clock being the height of boom & 6 o'clock being the depth of recession. On the way up from recession to boom the clock will show a gradual easing of money supply as well as it's cost, ie. a reduction in interest rates.

Other indicators of a rising market typically are increasing rents due to absorption of vacant space, accompanied by an increase in construction to satisfy demand, and the stock market starting to climb. If the recovery is global it's likely that prices of our export commodities will start to rise as will our overseas reserves.

Certainly as we have seen, the boom that preceded the GFC was fuelled by cheap easy credit.

We have now looked at how events overseas have an effect on our property cycle here and how globalization has added to, and sped up this process and how structural differences can distort the effects.

Next week in the final part of the article we'll explore these further & we'll see if it's possible to predict future Australian property cycles so as to give the smart property investor a head start.

Further, in addition to the well publicised 'property clock' indicators we'll list some other indicators of change, the likes of which will effect our property cycle here in Australia. If you want to have a more educated stab at predicting Australian property cycles it's not to be missed. 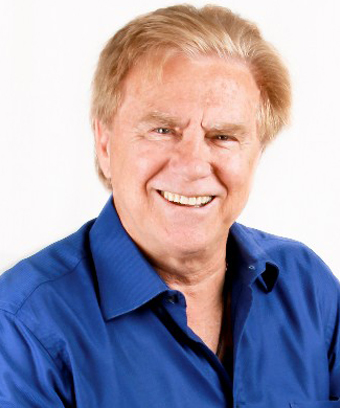