Is your insurance covering you?

Is your insurance covering you?

Investors are all about risk management, and insurance is a large part of this process. But are you really covered completely by your insurance, and how do you check? It's time to find out.

Recent events in Australia have shown the devastation that natural disasters are capable of. Between the Queensland & Victorian floods and the NSW bushfires, Australians have come to see just how important adequate home insurance is. These disasters have also highlighted an epidemic of under insured home owners in Australia.

Let’s take a look at some research on home insurance in Australia.

• 87% of homes were underinsured by any amount

• The average level of underinsurance was 34%

In 2002 the Insurance Council of Australia conducted a survey of seven companies sharing 80% of the home building insurance market. The survey suggested that:

In 2003 the Royal Automobile Club of Victoria (RACV) found that consumers do not increase the sum insured following improvements to their homes. The survey found:

These figures are a cause for concern and go some way to highlighting the problem of underinsurance in Australia.

The year 2003 saw the devastating ACT bushfires which sadly resulted in fatalities, injuries and significant destruction of property. A total of 488 homes in and around Canberra were destroyed.

Unfortunately many insured homeowners found that their building insurance policies did not meet the full cost of rebuilding their home and associated expenses. The majority of home owners found they were underinsured.

The Insurance Disaster Response Organisation reported that structures destroyed in the ACT bushfires were underinsured on average by 40% of the replacement cost.

Respondents to ASIC’s ACT bushfire survey were asked how the sum insured under their home building policy was initially calculated. The results found:

• 51% estimated the sum insured themselves

• 23% reported using information from an insurer to help them

• 80% responded that they believed they were adequately insured

As recently as last year, Life Insurance Finder noted that underinsurance is common in Australia. It concluded that:

• Australia belonged to one of the most underinsured nations

• Parents with dependent children are surprisingly underinsured by $1.30 trillion

• Up to 77% of home owners are underinsured when it comes to their home and contents insurance
Source: Canstar Research (4/1/13)

It’s clear that the home insurance industry is in need of review and that home owners are not qualified to estimate replacement costs for themselves, even with the help of online tools.

On the 11th of January 2011 the premier of Queensland declared three quarters of Queensland a disaster zone. The State was affected by one of the most severe floods in its history.

About 15,000 properties were affected by significant flooding with 5,000 businesses being affected. In Ipswich a further 3,000 homes and businesses have been flooded. The Local Government Association of Queensland estimated that 70,000km to 90,000 km of council roads had been damaged (councils are responsible for 80% of roads).

IBIS World reported that approximately $1 billion to $2 billion in additional spending on commercial and institutional premises would be needed in the two years following the floods. The damage to these buildings was partly reduced by greater use of concrete and steel, as compared to the timber and plasterboard of most residential housing. However, the reconstruction cost was estimated at some $10 billion.
Source: IBIS World (Jan/2011)

The Queensland floods were followed by the 2011 Victorian floods which saw more than fifty communities in wWestern and cCentral Victoria also grapple with significant flooding. The high intensity rainfall between the 12th and 14th of January 2011 caused major flooding across much of the Western and Central parts of Victoria. Tropical Cyclone Yasi exacerbated the problems and in early February battered areas already struggling from Januarys floods. This resulted in repeated flash flooding.

As of the 18th January, more than:

• 51 communities had been affected by the floods

• Over 1,730 properties had been flooded

• Over 17,000 homes lost their electricity supply

• 6,106 sheep were estimated to have been killed

The Department of Primary Industries later calculated a damage bill of up to $2 billion.

The RFS confirmed that 33 properties and more than 50 sheds had been destroyed, as well as machinery. There were extensive stock losses in the bushfire west of Coonabarabran, which also damaged the Siding Spring Observatory. The fire in the Warrumbungle National Park in the north-west of the state burnt out nearly 40,000 hectares and had a 100-kilometre-wide front. More than 170 fires continued to burn across the state at that time.

Further south in Tasmania, a Victorian fire fighter was tragically killed while fighting bushfires that destroyed about 170 properties.
Using available reconstruction cost estimates, you can see as per the table below that the havoc caused by these disasters resulted over 5 trillion dollars worth of reported damage.

Underinsurance is a critical problem facing Australian property owners and the majority of home owners would be exposed to additional costs over and above their insurance entitlements.

The report went on to road test these web based calculators, to see how accurate they were and how similar they were to each other.
ASIC reviewed the calculators offered by nine major insurers in the course of this report and compared the figures they produced for the sum insured for five different properties.

They found there were significant inconsistencies in the figures generated by these web based calculators. The largest gap recorded was more than two times the lowest estimate for the same house in the same location as shown in the table below.

The Insurance Council of Australia estimates that more than 40% of households fail to correctly assess the value of their home.

Firstly, a replacement cost estimate (RCE) report is an estimate of the cost to replace a particular building in today’s economic climate. Of course the economic climate is not static, so the cost to build two identical properties over time varies based on a multitude of factors such as fluctuating material and labour costs. A home owner could be forgiven for estimating the cost to build a brand new home on their block based on current costs advertised for project homes or the latest display homes at their local display centre. However, there are costs over and above the construction of a new house that must be included in a full replacement cost estimate. These include, but are not limited to;

1. The demolition and removal of the remainder of the original structure: A house destroyed by fire for example will not be left neatly packed away in a skip bin. There will be costs associated with removing and clearing the debris, which could include hazardous materials (like asbestos) if the property is of a certain age.

2. The cost of constructing the new building based on current planning constraints and building codes: What is built on the block at the present time may not necessarily comply with the current building codes if it were to be reconstructed. The property may require repositioning on the block, or need to be rebuilt subject to BASIX requirements.

3. Consultants and preliminaries fees: These may include architects fees or costs associated with the development application.

Additionally, you’ll need to consider cost escalations associated with the time it takes for planning, design and documentation, the calling of tenders and tender evaluation as well as the construction fit out period itself.

As you can see, the total value that a property should be insured for goes  beyond  that of a brand new construction cost alone.

The risk of being underinsured exposes the home owner to significant losses in the event of a disaster. Even if the property only requires partial reconstruction, it’s possible to be out of pocket when the insurance company does not release the total insured value for the property.

A replacement cost estimate also works in reverse to ensure that if the replacement value of a building is overstated, it can be brought back in line with an appropriate current replacement cost to minimise the insurance premiums. Nobody wants to pay more than is necessary, and an RCE will identify if this is the case.

It comes back to a balance between ensuring the premiums are not based on an overstated replacement value, and confidence that you’ll not be out of pocket should the worst happen. A replacement cost estimate is the best tool to ensure the balance is achieved. 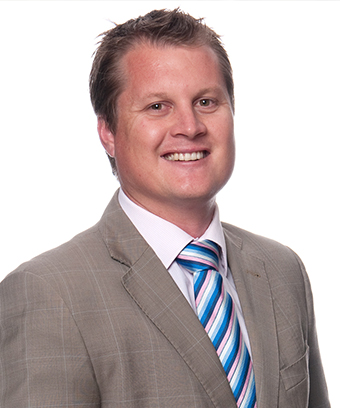 Marty Sadlier holds a Bachelor of Construction Management (Hons) and is a Director of MCG Quantity Surveyors. Read More
Is your insurance covering you?

Last Updated: 21 November 2021 Published: 08 August 2013
share the article
Property market on the up
Don’t be afraid of the ugly duckling