Property prices have fallen and the market has almost reached a historical cut-off point, suggesting the market might have peaked. The RP Data-Rismark Home Value Index for May showed that dwelling values in the capital cities fell by a combined 1.9 per cent compared to April.

That was the first month-on-month decline since May 2013, although values still rose 10.7 per cent over the year.

Melbourne experienced the biggest monthly decline at 3.6 per cent, followed by Adelaide on 1.8 per cent and Brisbane on 1.7 per cent.

Two capitals grew over the month: Darwin by one per cent and Canberra by 0.1 per cent.

Dwelling values in Australia’s capital cities have surged by a combined 13.9 per cent since the growth cycle started in June 2012.

However, he added that it was too early to say if the market was now in decline after 23 months of expansion.

“The month-on-month fall in capital city dwelling values is likely due in part to seasonal phenomenon, but may also be indicative of a broader trend towards cooler housing market conditions,” Mr Lawless said.

“Historically, housing market conditions have softened in April and May as the market rebalances from what is typically a seasonally strong first quarter, and also as a result of cooler climatic conditions during the autumn and winter months.

“Outside of the seasonality, we have been seeing signs the housing market is at or approaching the peak of the growth cycle.” 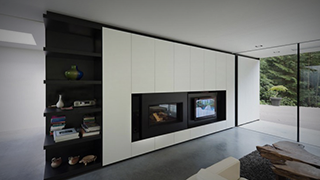