Units, over houses, are generally performing better across the board in capital cites.

Why invest: The Brisbane market has now entered its next growth phase after a period of decline. Investors have the opportunity to buy-in at very affordable prices, considerably less (up to 45 per cent) than the Sydney and Brisbane medians for quality inner-city units.

Brisbane has been undergoing a transformation in recent years and along with fantastic weather now counts world-class culture, entertainment and dining options among its drawcards. It’s also investing heavily into infrastructure with $132 billion of projects planned between 2010 and 2014, with a significant focus on improving transport.

Queensland is also one of Australia’s most resource-rich states with a massive LNG export industry that’s only in its early phases of development, further strengthening the state’s industry with significant flow-on effects to Brisbane.

Top tip: Investor demand is most definitely on the rise in Brisbane – apartment sales in 2013 almost doubled that of 2012. Get in now and make the most of the current affordability and opportunity to maximise growth. Look for boutique apartments with unique features.

Risks: Apartment oversupply is an issue in Brisbane, as it is with many Australian capital cities. This could result in slow rental and capital growth, and high vacancy rates in the short to medium term until supply is absorbed.

Why invest: Sydney’s market has boomed in recent years prompting investors to look outside the usual inner-city areas – which have reached unaffordable heights – to suburbs where they can secure decent-sized blocks for renovation or development and where the low buy-in can facilitate good yields.

While not considered highly desirable locations to live in the past, suburbs such as Whalan, Mt Druitt and Lethbridge Park, which all fall within the local government area of Blacktown, have emerged as areas worth further investigation for these very reasons. Despite the LGA’s rapid population growth – a 25 per cent increase over the last 10 years – median property prices range from just $270,000 for a unit to $410,000 for a house across Whalan, Mt Druitt and Lethbridge Park.

They might be 40 kilometres from Sydney’s CBD, but transport connections are excellent which is one of the area’s most desirable features. There are direct rail lines to Central station and close access to major motorways. Vacancy rates are extremely low at 0.7 per cent and the area is very popular with families.

Top tip: These outer suburbs are ripe for renovation projects and larger blocks mean the addition of granny flats to increase income are also worth considering.

Why invest: It has been reported that slower growth, sales and rising vacancy rates suggest that Perth’s booming property market is softening and maybe reaching -– or have already reached – its peak. However, this doesn’t mean good yields can’t be found in certain pockets within the city.

Bayswater council – which includes the suburbs of Bayswater, MaylandsMaylands, SA Maylands, WA, Morley and others – has plenty of highlights. It’s just seven kilometres from the CBD, the Swan river is on its doorstep, there are excellent bus and rail connections and a lively cultural and entertainment precinct in neighbouring suburb, Mount Lawley.

Top tip: Morley looks to be one of the most interesting of the suburbs within Bayswater due to its recent and future development. Despite not having its own train station, unlike some of the other Bayswater suburbs, it has superb bus infrastructure – the CBD is only around 15 minutes by bus. Major roads are also easily accessible and the light industrial area in AshfieldAshfield, NSW Ashfield, WA, under development, is within a couple of kilometres.

A masterplan for the further development of the Morley city centre has also been approved. The plans include a new central park, improving public transport, upgrading streetscapes and public spaces, and making streets more pedestrian friendly.

Risks: The Bayswater area has experienced good capital growth in recent years and could slow based on the broader market indications for Perth. 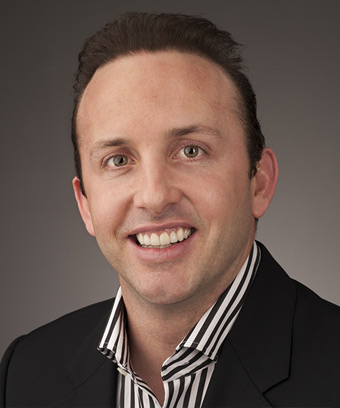 How long does a property market take to run full cycle?
Read More