According to RP Data, Brisbane values rose by 6.9 per cent in the year to July.

The city’s comparatively low prices may be attracting increased interest from buyers, the REIQ suggests. According to their data, sales volumes rose by 10 per cent in the June quarter, despite this traditionally being a quiet period.

Certain areas within Brisbane are particularly popular among buyers, according to realestate.com.au. Holland Park, south of the river, is one of the most sought-after suburbs on the listings site, attracting high numbers of searches for every available listing.

Housing construction is expected to increase in Queensland, with BIS Shrapnel predicting a rise of three per cent over the next three years. The state government appears to support increased development, with the announcement of a new planned suburb for Brisbane. The proposed site covers 227 hectares, providing over 1,350 new dwellings.

The state and federal governments also recently announced approval of a new mine in the Galilee Basin. This project is likely to boost values in nearby regional centres like Toowoomba where many FIFO workers will be based, LJ Hooker agent Mike Stewart believes.

Predictions by property analysts pinpoint Brisbane as a market to watch. An analysis by onethehouse.com identifies the 10 suburbs poised for the highest growth over the next year – and two Brisbane suburbs made the list.

A forecast by the National Australia Bank puts Brisbane near the head of the pack over coming years. By their estimates, Brisbane prices are expected to increase by 6.3 per cent in 2015 and then 4.8 per cent in 2016, the highest anticipated growth of any capital city.

These positive reports are creating confidence in the property industry. A survey by the Property Council/ANZ shows Queensland is the second-most optimistic state and that this sentiment is steadily climbing. 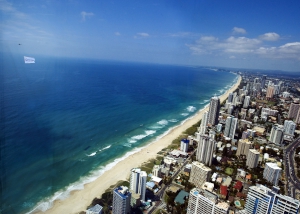