'The Block' blamed for boosting buyers

'The Block' blamed for boosting buyers

High ratings for TV reality series The Block could be proof the Aussie housing market is heading into a danger zone, a leading expert has warned.

by Elyse Perrau
September 26, 2014
>AMP Capital head of investment strategy and chief economist Dr Shane Oliver claims viewers compelled to enter the property market as a result of the series' success could be pushing prices unrealistically, which could potentially lead to a housing crisis.

In a recent report, Dr Oliver said the Australian property market is not at the bubble extreme it was a decade ago - but “danger signs” are emerging.

“After a cooler period during the first half of the year the property market seems to be hotting up again,” he said.

“National average house prices rose at an annualised 16.8 per cent pace over the three months to August, according to RP Data.

“The proportion of housing finance commitments going to investors is now back to around the 50 per cent high seen a decade ago, suggesting that the market is becoming more speculative.

“And there are signs that homebuyers are starting to extrapolate recent strong price gains into the future, which is very dangerous,” he added.

Dr Oliver said lastly, The Block is back on top as the most watched show on TV, highlighting the return of “very strong” public interest in the property market.

He believes the two main drivers for soaring house prices are the shift to low interest rates and a lack of supply, with low residential vacancy rates reflecting this.

Dr Oliver also added the ratios of house prices to incomes and rents in Australia are 23.5 per cent and 40.9 per cent above their long-term averages respectively, which is at the higher end of OECD countries.

“Expect increasing jawboning from the RBA with a rising likelihood of credit growth restrictions for investors if it doesn’t slow soon,” he said.
'The Block' blamed for boosting buyers 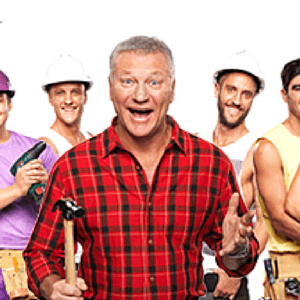