The South Australian market is showing signs of revival Adelaide has made steady gains over the year. Values in the city are up by 5.9 per cent, the best result outside of powerhouses Melbourne and Sydney, according to RP Data.
Buyer activity also seems to be picking up speed in the capital, SQM Research reports. Stock levels have dropped by 9.7 per cent in the year to August, an indicator that buyer demand is beginning to climb, according to SQM Research director Louis Christopher.
Adelaide offers properties on both the luxury and cheaper end of the price spectrum. RP Data reports that 48.7 per cent of properties in the city cost less than $400,000, compared to 13.5 per cent in New South Wales.The city also has some of Australia’s best-priced inner-ring suburbs.
Dry Creek, less than 10 kilometres from the Adelaide CBD, has a median price of just $255,349, according to RP Data. Other budget-friendly suburbs include Gepps Cross, Mansfield Park, Woodville Gardens and Kilburn.
On the other hand, Adelaide also has its millionaires’ row. Information from RP Data shows 13 suburbs in the city have a median price over $1 million. The city’s priciest area is SpringfieldSpringfield, NSW Springfield, QLD Springfield, QLD Springfield, NSW in the south east, where the median price for properties is $1,819,720.
According to Herron Todd White, the most popular spots for buyers are in the eastern suburbs, especially ParksideParkside, QLD Parkside, SA and NorwoodNorwood, TAS Norwood, SA. Both these areas are older and well established, making them safe bets for investors.
Buyers and tenants are drawn to the shopping strips, dining and entertainment precincts, good schools and appealing property types typical of the eastern suburbs, Herron Todd White states. According to their report, ongoing gentrification over the past 30 years has made these areas more expensive, but un-renovated properties are still available.
Close in to the city, Adelaide is suffering from a shortage of available housing options, according to Herron Todd White. The firm reports that quality, well-priced properties are selling quickly in the inner ring.
In the northern suburbs, however, Herron Todd White warns buyers to be wary. New land estates have led to an oversupply developing in these areas, which may depress property value growth. 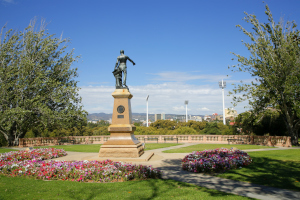