Four inner-western and inner-northern Melbourne suburbs have offered investors the best value and returns over the past five years, according to a new report. 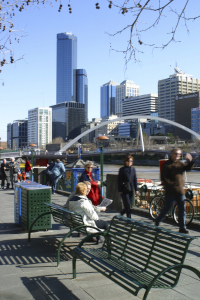 The Annual Recommended Suburbs Survey by Nyko Property found properties in Footscray and Maidstone in the inner west and Thornbury and Preston in the inner north were undervalued when sold in 2008 and 2009. At the time, the suburbs had a median unit price under $400,000.

“Although Footscray and Thornbury had a lower socio-economic demographic, our research suggested their proximity to the CBD and the high performance of the neighbouring suburbs would ensure their gentrification.”

Mr Nikolouzakis said the Annual Recommended Suburbs Survey – “which uses rigorous and impartial research to assess new property projects for their investment suitability” – has stood the test of time.

“For clients that bought in Thornbury, their suburb outperformed the Melbourne market in that time by over 100 per cent.”

Mr Nikolouzakis said the survey takes into account the existing demographics of the suburb as well as future demographic trends based on gentrification.

For investors looking to buy in Melbourne, Mr Nikolouzakis said Plan Melbourne is a key factor in identifying which locations are likely to see the highest spike in employment and population growth.

“The state government has pinpointed suburbs, and even key areas within those suburbs, in which they anticipate growth and therefore have committed extra funds for improvement of infrastructure and amenities,” he said.

“An in depth knowledge of the local areas and the micro-economic factors affecting them are the keys to selecting high-growth locations."

Mr Nikolouzakis said historically Australians have made investment property decisions based on emotions rather than logic and frequently purchased in areas they grew up in which is “never the best investment option”.