A mining region – which was popular with investors and commanded rents of over $3,000 a week and asking prices in excess of $1.5 million – has continued to decline, according to one commentator, who likens the crash to “bloodshed”. Speaking about Port Hedland, a mining town in the Pilbara region exposed to iron ore and gas, SQM Research managing director Louis Christopher said property investors in the region had recently experienced some value losses, but the worst may be over.

“Naturally, that has been an appalling result for existing property investors.

Mr Christopher said despite the negative news, “vacancy rates in Port Hedland appear to have finally stabilised at six per cent.”

According to SQM, listings have also fallen in recent months.

Mr Christopher said there has been “bloodshed” in Port Hedland, but conceded that the worst might be over.

An investor with two properties in South Hedland, Ashley Hodge, told Smart Property Investment that while the town was declining, he’s still made impressive returns on the back of mining town investments.

Even though the value of his properties have declined since they peaked a few years ago, they remain dramatically above his original purchase price.

One of Mr Hodge’s investment properties which was once attracting rent of $2,200 per week, now brings in $1,400, but he said he’s not overly concerned about the losses.

“The properties are still positively geared, even though rents have come down,” he told Smart Property Investment.

“We knew when we bought it that it would never keep going the way it was going but we were happy to invest at those prices.”

He said it’s necessary to take a long-term view, which includes handing on through the peaks and troughs.

“It’s always been up and down in towns like that. We’re going to ride out any dips in price.”

Mr Hodge said Port Hedland and surrounding regions could bounce back if investment returns to the area.

“If BHP announce another harbour, I think the town will pick up again. I don’t think prices will go the way they were but they’ll pick up again and go fairly steady for at least the next five years.”

To read more about Ashley’s investment experiences in Australia’s mining towns, turn to page 40 of the November edition of Smart Property Investment (on news-stands until tomorrow). Click here to subscribe to the magazine. 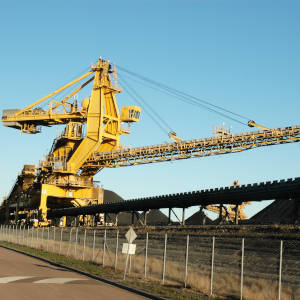