According to a report from the Real Estate Institute of Western Australia (REIWA) this week, Perth's property market has recorded a five per cent rise in rental stock. SQM reported that since their lowest point of recent times in October 2012, PerthPerth, TAS Perth, WA’s vacancy rates have grown to 2.5 per cent.

By contrast, vacancy rates in the south west region of Western Australia are now at 1.7 per cent.

REIWA said that total reported sales activity has remained virtually unchanged for three weeks with only minimal variations in house sales, while the fall in multi-residential sales was replaced with a lift in land sales this week.

Listings continue to trend upwards and are now up 23 per cent since the start of the quarter.

“While this increase is significant, it is made more dramatic due to the five per cent slide across the previous September quarter,” the REIWA said.

Over the past 10 years, the institute reports seeing larger increases across a quarter, including 84 per cent in September 2006 when stock nearly doubled from the historic 4,800 low in June 2006.

The December quarter in that year also saw a further 29 per cent increase as stock lifted to 11,400.

The REIWA also saw a 31 per cent increase in March 2008 as the global financial crisis hit and listings climbed to 17,600.

The data house said that over the last 12 months, the asking rent for houses in Perth had contracted by 9.6 per cent.

SQM also reported that the asking rent for units in the Western Australia capital had contracted by 8.5 per cent.

However, this property type experienced three-year asking rent growth of 5.3 per cent.

Below is the breakdown of the past week: 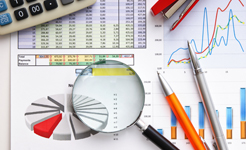