A sea-port town appears to be experiencing rapidly elevated investor activity, according to new data. Tax depreciation specialist BMT said Port Pirie in South Australia is currently ‘leading the nation’ with a 169 per cent increase in the number of tax depreciation schedules requested during the most recent financial year.

In second place was the South Australian wine region of Riverland, which increased by 141 per cent. New England in New South Wales rose 89 per cent and Victoria’s Ovens region grew 58 per cent, according to BMT figures.

The company’s managing director Brad Beer said the increases may be owing to the cheaper house prices and higher rental yields offered by such locations.

“With many capital cities experiencing considerable capital gains over the past few years, some investors appear to be seeking out alternative market segments in order to enter the market faster and at a lower price while still realising a solid return,” he said.

Other notable performers were the New South Wales south coast city of Nowra, which achieved a 64 per cent increase, and Tasmania’s north east, which rose 46 per cent (despite greater Tasmania not experiencing an increase at all).

The increases in these individual rural and regional locations significantly outpaced the state-wide average activity found in South Australia (20 per cent), New South Wales (23 per cent) and Victoria (19 per cent).

Logan City is “steadily transforming into a vibrant hub of investment activity” according to BMT – and investors across the country could benefit from what it has to offer.

“These locations present a unique opportunity for investors willing to think outside the box and take advantage of regions able to still provide returns but at a much lower cost of entry,” Mr Beer said. 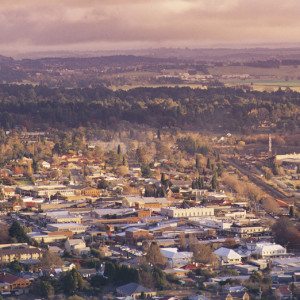