A new housing market sentiment survey by RP Data has found 68 per cent of Australians think the property market could suffer a significant price correction. 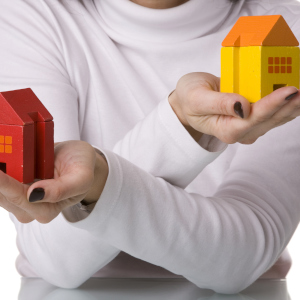 This is the highest reading RP Data has ever received for this question.

More than half of all respondents in each region felt that the housing market could see a significant correction.

Interestingly, the survey found respondents from areas where values have seen minimal growth over recent years were most inclined to think a significant correction was a possibility.

In Sydney and Melbourne the proportion of respondents that felt the market was vulnerable to a significant correction was closer to the national figure at 68.6 per cent and 67.3 per cent respectively.

With mortgage rates having been on hold for 15 months to November, 63 per cent of respondents were of the view that rates would remain on hold over the six months from September 2014 to March 2015.

Only 2 per cent of the 1,021 respondents expected a fall.

However, the survey results found that over a 12-month time frame the view does change.

Over the 12 months from September 2014, 58 per cent of respondents expect interest rates to rise, 37 per cent expect them to remain steady and 5 per cent are anticipating a fall in interest rates.

“At a national level a majority of respondents felt it was a good time to buy property however, there were some variations across the regions,” Mr Kusher said.

“All of the Tasmanian respondents felt it was a good time to buy while regional areas of Queensland (79.1 per cent), South Australia (80.0 per cent) and Western Australia (75.9 per cent) also felt the time was right to buy."

Sydney has recorded the strongest growth in values over recent years so it is no wonder that a relatively high proportion of respondents no longer feel now is the time to buy, Mr Lawless said.

Recently there have been signs of slowing value growth in the Northern Territory and perhaps respondents have realised this fact, he added.