Concerns over Generation Y being locked out of the housing market are misguided, says one industry stakeholder, as many first-time buyers are becoming first-time investors. 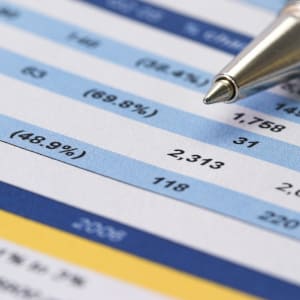 John Kolenda, managing director of 1300 Home Loan, said first-time buyers are investing where they can afford to, and renting where they would prefer to live, so warnings from the Reserve Bank of Australia (RBA) about the imbalance in the marketplace are misplaced.

“The great Australian dream of home ownership is not fading away, it’s just that the goalposts are changing,” Mr Kolenda said.

“Australia, in contrast to Europe – where most people prefer to rent – has traditionally been a bastion of home ownership, and Generation Y is still keen to enter the housing market despite a reported drop-off in their numbers in recent times,” he said.

“These Gen Ys enjoy the inner-city lifestyle and are happy to rent in those areas or live at home with their parents, but they also see the advantages of investing in property in suburbs where they can afford to buy,” explained Mr Kolenda.

“Young buyers are also keen to pay down their loans as fast as possible while interest rates are low, to boost their equity and possibly upgrade to another property.”

Mr Kolenda adds that the Australian Bureau of Statistics (ABS) has acknowledged there could be under-reporting of first homebuyers in the housing finance market, as it relies on data from lenders whose buyers receive a first homebuyer grant.

“There are far fewer first-time buyers receiving benefits now, as government schemes favour new homes over established ones, and the ABS also would not be tracking first homebuyers who are investing, because they don't get grants,” he said.

Mr Kolenda said he supports independent Senator Nick Xenophon's proposal to allow first homebuyers access to their superannuation for a house deposit, although the proposal would probably need parameters such as restricting withdrawals to a maximum of $25,000.

“Anything that can help first homebuyers get into the market is a good thing, and this would also encourage people to save more by paying extra into their super funds.”